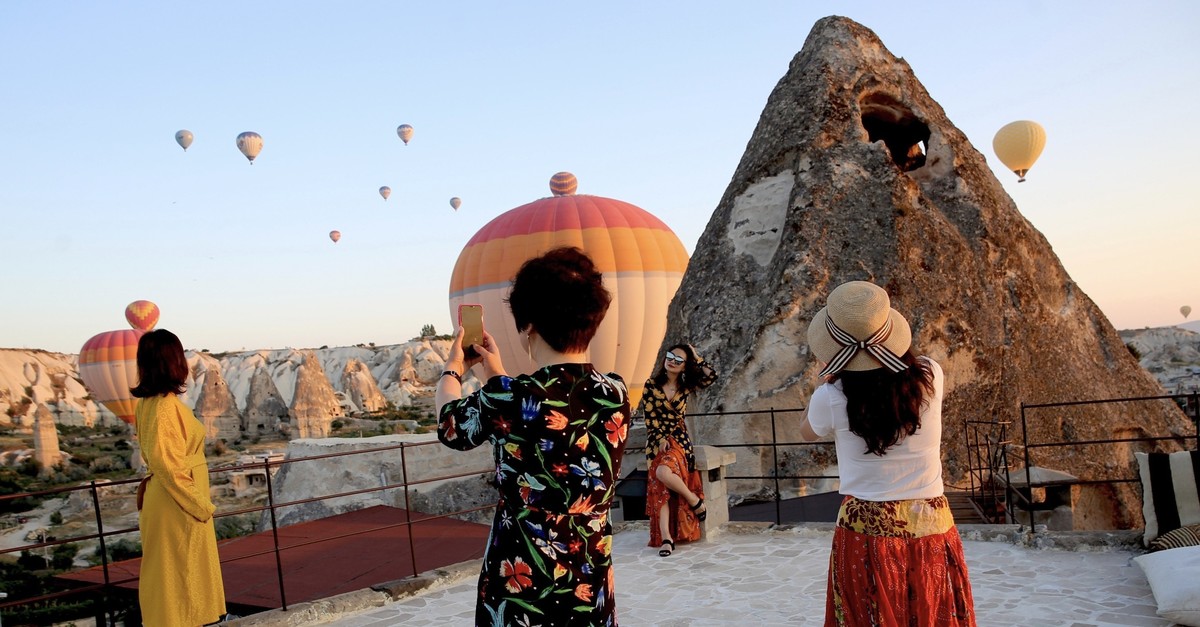 The increase in flight and passenger traffic in Cappadocia, one of Turkey's leading tourism destinations, continues along with the growing interest of tourists. The number of passengers using the airport in Cappadocia, which is regarded as one of the largest hot air balloon centers in the world in terms of average annual flight numbers, traffic volume and number of days flown, rose to 372,000 with an increase of 28% in nine months, while the air traffic in the region climbed 17% to 2,278. During the first nine months, 2.9 million people visited the museums in the Cappadocia region, and especially the increases in arrivals from three Far Eastern countries – China, South Korea and Japan – positively affected the rise in the number of passengers using the Cappadocia Airport.

Cappadocia is one of the prominent destinations frequented by Chinese tourists in Turkey. Therefore, Turkish Airlines (THY) increased its flights from Istanbul Airport to Cappadocia to three frequencies a day and Anadolujet from Sabiha Gökçen to two rounds. Meanwhile, there are a total of 260 balloons and 31 balloon tour enterprises in Nevşehir.

The number of passengers participating in balloon tours in Cappadocia, which contributes 70 million euros ($77.22 million) to Turkish tourism per year, increased by 63% in 2018 compared to the previous year, reaching 537,500 people. Last year, a total of 30,514 balloon flights took place in Cappadocia where 25 companies authorized by the Directorate General of Civil Aviation (SHGM) continued their activities with a total of 239 hot air balloons.

Regarded as one of the largest hot air balloon centers in the world in terms of the average number of flights, traffic volume, and the number of days flown, Cappadocia housed balloon flights for 230 days in 2018. According to the SHGM data, the number of balloon companies, which were 10 in 2008, reached 25 with an increase of 250% in 10 years. The number of balloons increased by 350% from 67 to 239 in this period.