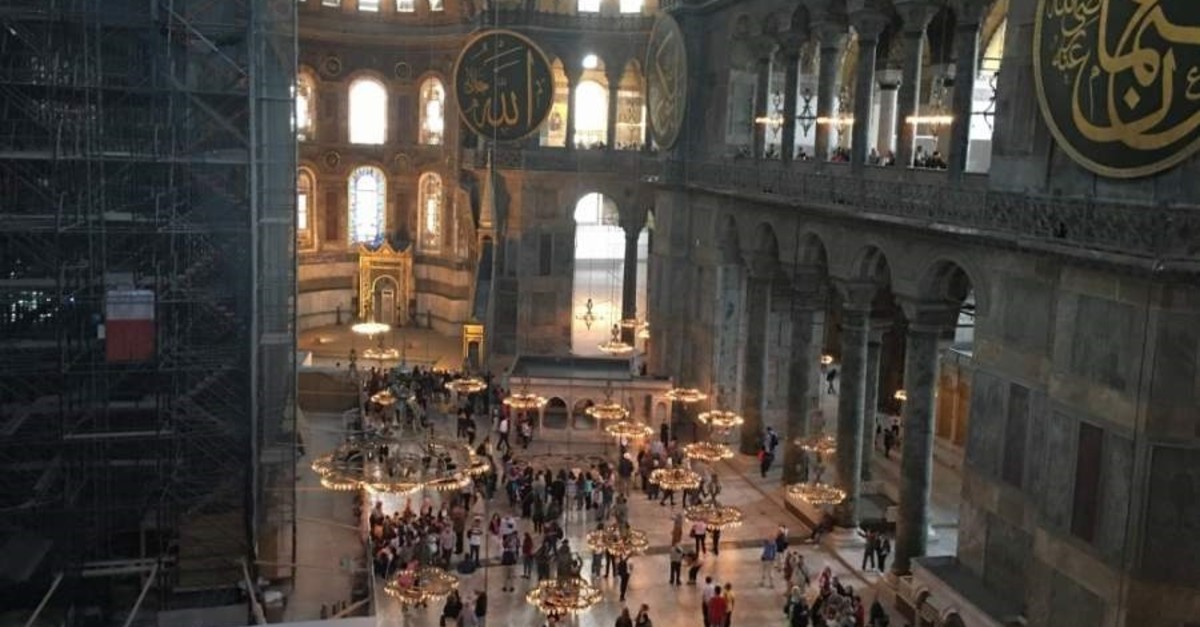 Hagia Sophia, one of the world’s most important historical and cultural heritage sites, was visited by nearly 31 million people over the last 12 years, thus surpassing the population of many countries.

The structure, which has been used as a museum since 1935 and is considered one of the world’s architectural wonders, is benefiting from the high interest in Turkey’s biggest metropolis Istanbul and has welcomed some 1.8 million visitors in the first half of the current year, a figure that is expected to exceed 3 million by year-end, Demirören News Agency (DHA) reported yesterday.

Known for its rich history, culture and gastronomy, Istanbul has been enjoying a buoyant tourism season, hosting nearly 10 million foreign tourists from 200 countries as of August this year.
For the first time in history, tourists in Istanbul are expected to exceed the city’s own residents in number. The city is expected to receive 15.5 million tourists by the end of 2019.

The city’s historic Sultanahmet neighborhood, located on the historic peninsula, attracts the most crowds. There it's a common scene for tourists to form long lines at ticket booths, waiting for their chance to visit Hagia Sophia and take selfies in front of the historic building.

Having welcomed a total of 30.95 million visitors from 2007 to 2018, the historic structure broke the record in 2014 when it attracted 3.5 million visitors. It enjoyed similar popularity from 2009 to 2015 before going through two challenging years in 2016 and 2017, due to a coup attempt and multiple terrorist attacks in Istanbul. It had welcomed some 2.92 million visitors last year.

The Hagia Sophia was built in the 6th century, during the Christian Byzantine Empire and served as the seat of the Greek Orthodox Church. It was converted into an imperial mosque with the Ottoman conquest of Istanbul in 1453. The structure was converted into a museum during the strictly secular single-party rule in 1935, but there have been discussions around converting it back to a mosque, with public demands to restore it as a place of worship gaining traction on social media.