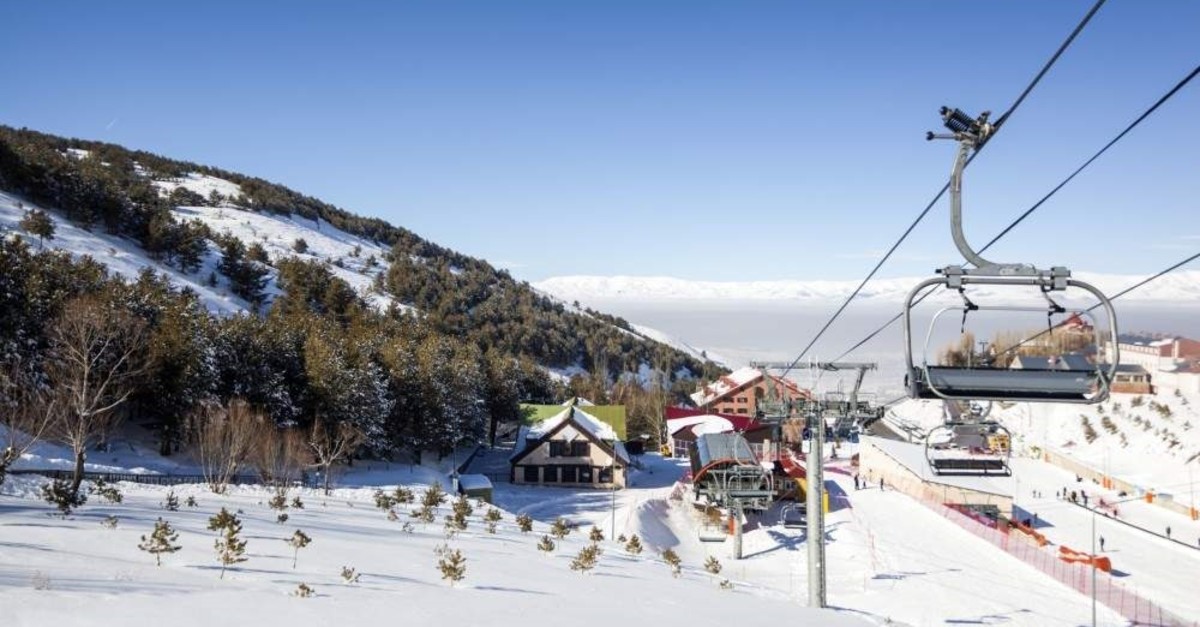 A hot destination for foreigners who want to spend the summer at seaside resorts, Turkey has also entered the winter destination list of foreign visitors. The interest of foreign tourists in ski centers has been on the rise for the past two years, according to tourism sector professionals. Due to this growing interest, Turkey has begun to stand out as a ski destination abroad, tourism representatives said.

Foreign tourists, who show great interest in Turkey during the summer season, are also turning to the country's leading destinations for the winter season. The snow has yet to fall on the slopes in November, but foreign tourists have already begun to make reservations at ski resorts. Sector representatives said that last year about 6 million local and foreign tourists, including overnight visitors, flocked to Turkey's ski zones. They expect to welcome 6.5 million winter tourists this year. Sector representatives stressed that the facilities at Uludağ in Bursa, Palandöken in Erzurum, Erciyes in Kayseri and Kartalkaya in Bolu, which are home to Turkey’s leading ski slopes, have begun to receive early bookings. “There is a serious preliminary demand for the season," the representatives said, noting: "But the real mobility happens when it snows. As soon as the snow falls on the hills, our phone traffic starts."

Kayseri Erciyes Inc. Chairman Cahid Murat Cıngı noted the recent increase in the interest of foreign tourists in Turkey's ski resorts. “We will open the season in December. When we look at the reservations until the end of March, we already see a 65% occupancy in our hotels in the mountains,” Cıngı said, adding that close to 50% of the hotels in the city center were booked.

“In the four-month season of 2019, we hosted 2.2 million people, including overnight visitors. Two hundred thousand of them were ski tourists, while 20,000 of these 200,000 tourists were foreign guests. We expect the number of foreign tourists to exceed 35,000 in this year's bookings,” Cıngı noted.

Cıngı noted that there are charter flights from Russia, Ukraine and Poland to Kayseri and that charter flights will also be scheduled from Belarus once a week this year. He said they also welcome tourists on Istanbul-connected flights from Germany, Finland, England, Japan, Korea and Malaysia.
Target: 1 million visitors

The regional manager of Kaya Palazzo Ski Mountain and Resort, Yusuf Avcı, noted that 500,000 people, including overnight visitors, spent their holidays in Kartalkaya. He said that 300,000 people stayed in the region last season, including 20,000 foreigners. "Due to Kartalkaya’s proximity to Istanbul, a total of 200,000 daily visitors came during the season,” Avcı said, underlining they expect more than 650,000 visitors in the 2019-2020 season.

“The interest of foreign tourists in particular has grown. We expect over 30,000 foreign tourists this season,” he said, noting that Kaya Palazzo Ski Mountain and Resort in Kartalkaya increased its investments for foreign tourists. Avcı also noted that they extended their slopes, added night skiing and improved helicopter transportation.

Haluk Beceren, the chairman of Southern Marmara Touristic Hoteliers and Operators Association, stated that Bursa’s Uludağ region attracts high interest in the season every year. Beceren said they sold 250,000 tickets for skiing at Uludağ in the four-month season, excluding overnight visitors, adding that this figure is expected to increase this year.