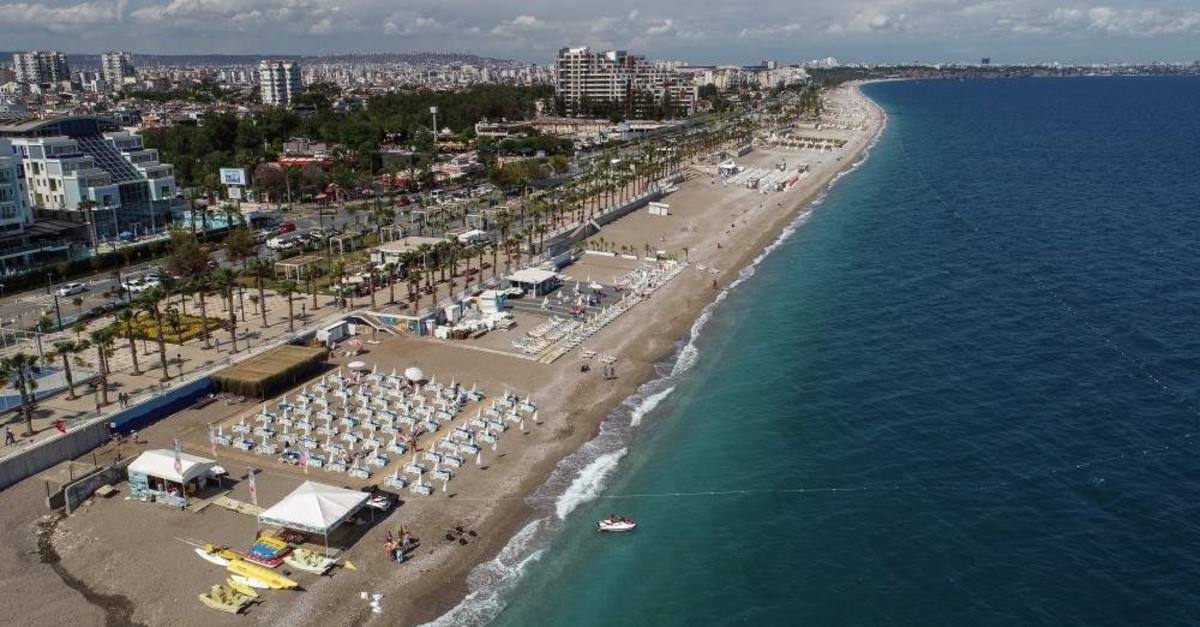 Having hosted 2.3 million German tourists last year, Antalya welcomed over 2.5 million visitors from Germany between January and October.
On a monthly basis in October last year, 368,941 German tourists visited Antalya, while in the same month this year, the city attracted 423,206 visitors from the said country. The growth in the German market, which is essential for Turkish tourism, has pleased the tourism sector.
Antalya, which hosts millions of tourists every year as one of the leading tourism centers of the world, stands out with its luxurious hotels, sea, sand and sun, as well as its historical and cultural texture.
According to data from the Provincial Directorate of Culture and Tourism regarding Antalya Airport, 14.1 million foreign tourists came to the city between Jan. 1 and Oct. 31, 2019, Anadolu Agency (AA) reported Wednesday. Russians took the lead in the number of tourists coming on a daily and monthly basis, followed by Germans.
Professional Hoteliers' Association (POYD) Chairman Ülkay Atmaca told AA Thursday that the hoteliers in the province are proud of the increase in the German market, recalling that they brought over 2.5 million German guests to Antalya in the first 10 months of this year.
Stressing that this figure will reach 3 million by the end of the year due to the collective effort of the sector and all its stakeholders, Atmaca said they expect to close the season with more than 3 million German visitors. “2016 taught us a lot, one of which was market diversity and publicity. We conducted studies in this direction,” he continued, underlining that Turkey set records and experienced significant increases in all markets.
Erkan Yağcı, chairman of the Mediterranean Tourism Hoteliers and Operators Association (AKTOB), stated that 2015 was the best year for the German market with 3.2 million German visitors, pointing to a rapid recovery in the German market after 2016. “The increase in this market has pleased the sector. We think that these figures will continue to increase. We want to reach the 2015 figures in 2020 and beyond,” he noted.
Last Update: Dec 20, 2019 1:41 am
RELATED TOPICS