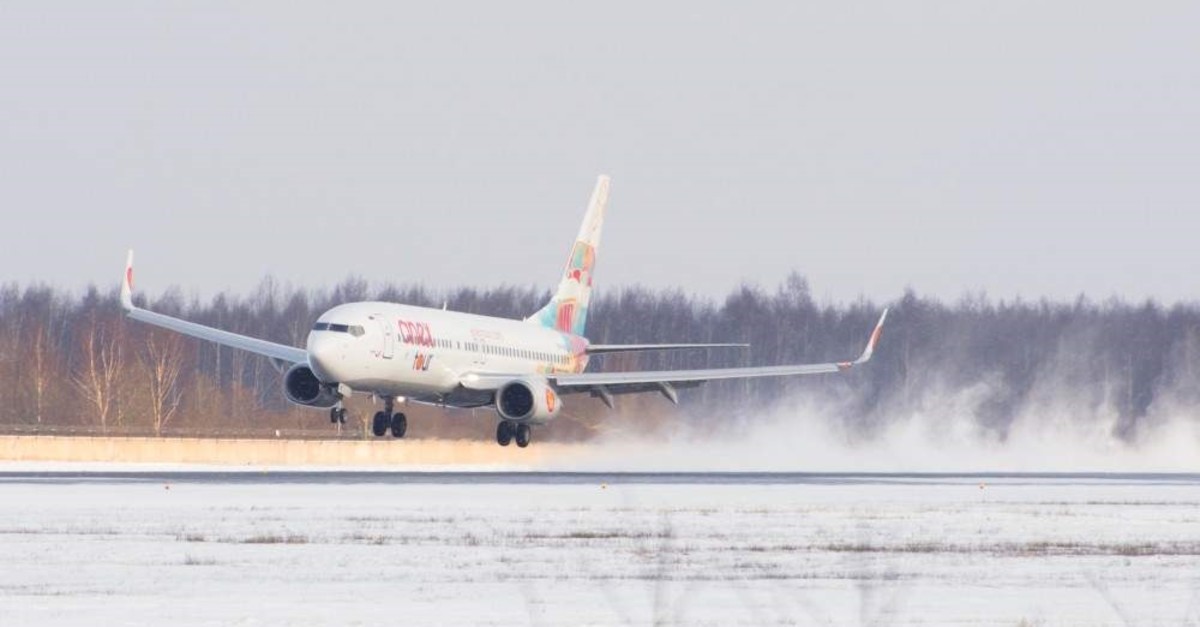 With the finalization of the deals, the number of people traveling with Anex Tour will increase to 8 million, while its turnover is expected to rise to $10 billion, company Chairman Neşet Koçkar said

Turkish tour operator giant Anex Tour is about to become the world's second-largest tour operator after it acquired the Russian and German subsidiaries of the bankrupt British travel firm, Thomas Cook.

The world’s oldest travel firm collapsed in September after it failed to finalize a restructuring plan, stranding over a hundred thousand passengers, and the heavily indebted business has been sold off in parts.

Anex Tour Chairman Neşet Koçkar, the second-largest shareholder in the Thomas Cook Group after Chinese investment company Fosun International, announced on Friday the signing of an agreement to acquire Intourist, Russia’s oldest travel agency, from the British group. The size of the deal was not disclosed.

With the acquisitions, Anex Tour will become the second-largest tour operator in the world after German TUI. With the deal, the number of people traveling with Anex will increase to 8 million, while the company’s turnover is expected to reach 10 billion euros ($11.05 billion).

Koçkar told Sabah that as a Turkish company, they are taking steps towards becoming a global player. “We are trying to give direction to world tourism on behalf of Turkish tourism,” he said. “The purchase of shares from Thomas Cook was a step in this direction. Before the bankruptcy, we wanted to take the branches in Russia and Germany. After the bankruptcy, we developed our strategy in line with this goal.”

He explained that they took over all the domestic and international operations of Intourist, the company's Russian leg, adding they plan to protect Intourist, which is a 90-year-old brand.

Friday's deal will see Koçkar acquire Thomas Cook's inbound, outbound and domestic tour operator businesses, as well as retail stores, technology and other assets, according to Intourist’s statement. It said the completion of the transaction is subject to regulatory approvals.

The chairman also said on Friday that once they have recapitalized and restructured Intourist, they intend to share Intourist with the Russian people through an initial public offering (IPO) to celebrate its glorious comeback.

Koçkar noted that they signed the preliminary agreement for Öger Tours, Bucher Reisen and Neckermann. “Öger Tours is a very old Turkish brand. It was a matter of pride for us to get it back. Neckermann and Bucher are also among the biggest brands in Germany. We are also taking over all of the domestic and international operations of these brands,” Koçkar said.

Anex Tour carried some 1.9 million people to Turkey so far in 2019, the chairman stated. “Of this, 150,000 were from Germany and 1.7 million from Russia and CIS (Commonwealth of Independent States) countries. With the impact of acquisitions next year, this figure will increase by more than 50% and exceed 3 million,” he continued.

After the procurement operations, the company’s turnover will rise to 10 billion euros, Koçkar further said, adding the number of people traveling will reach 8 million. “Thus, after TUI, the second-largest tour operator in the world will be a Turkish company,” he noted.

Koçkar further stressed that after the completion of the purchasing operations in Russia and Germany, they expect to sit down at the table again with Chinese Fosun, adding they are open to negotiations for Thomas Cook's U.K. operation as well.