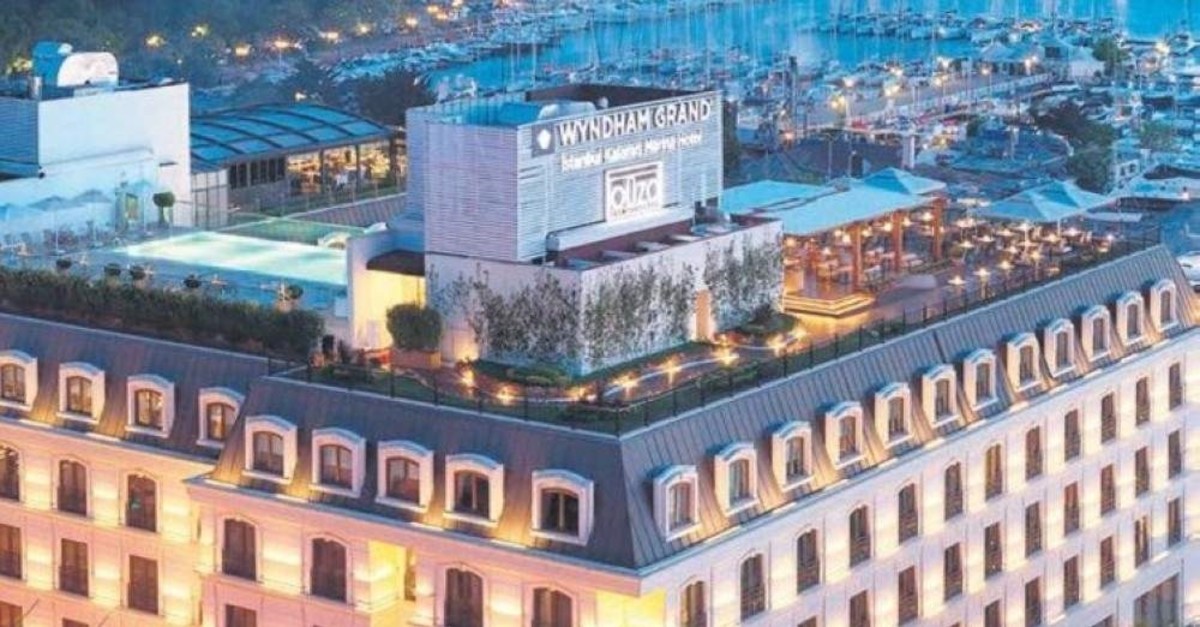 File Photo
by Betül Alakent
Nov 17, 2019 8:40 pm
In the rapidly growing tourism sector, the search for new bed supplies has begun. Wyndham Group, the largest hotel chain in the world that has nearly 80 hotels in Turkey, has set its sights on residences while progressing toward its target of reaching 100 hotels in 2020. In line with requests from Turkish investors, the group has rolled up sleeves to operate residences with the hotel concept. Currently, the group is working on two projects - Wyndham Residence and Ramada Residence. With the project planned to be implemented in 2020, idle residences will be evaluated with the hotel concept and new bed supplies will be provided. The project is said to serve middle-segment tourists.
Wyndham EMEA (Europe, the Middle East and Africa) Chairman Dimitris Manikis told Turkish Sabah daily on Saturday that they have been examining the infrastructure for Wyndham Residence and Ramada Residence, adding, “We have seen that there is serious potential. We plan to implement it by 2020. We can implement this project, arising from Turkey, in countries with potential.”
Assessing Turkey’s tourism, Manikis said, “Turkey has a huge and strong potential. You have so many stories to tell. We have a lot of work to do here and we are very happy to be in Turkey.”
Touching on the share and accommodation tax to be paid by hotels for the Promotion Agency in Turkey, Manikis stated, “Many tourism countries around the world have such practices. For instance, we all admire Finland's social services such as education and health. Yet there are taxes of up to 70% in the country. With these taxes, the state can provide good services. What is important is that taxes are being used properly. If taxes are used correctly, very good results are obtained.”
Wyndham Hotels & Resorts Central and Eastern Europe Vice Chairman Edwin Broers shared the group’s nine-month data. Emphasizing that they achieved a 62.9% occupancy rate in nine months, he said that this rate reaches an average of 85% excluding hotels opened in recent months. Indicating that they achieved a 25% rise in income per room, Broers said that they expect double-digit figures in 2020.
Mustafa Alparslan, the general manager of Wyndham Grand Kalamış Hotel, which was awarded the Best Of Wyndham Grand honor in the evaluation of all Wyndham Grand hotels around the world, noted that they achieved an average of 84% in occupancy rate, of which foreigners constituted 69%. Underlining that price per room has exceeded 100 euros ($111), Alparslan said that they expect 1-2 points rise in occupancy rate and 10% rise in revenue in 2020.
Last Update: Dec 20, 2019 1:45 am