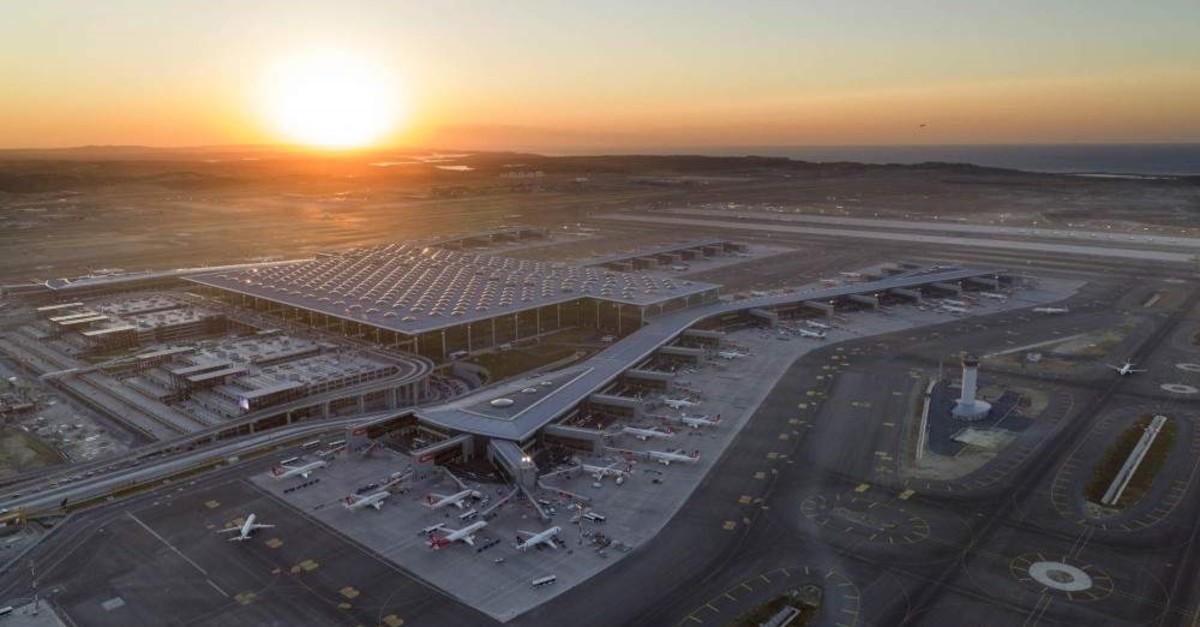 | DHA Photo
by Daily Sabah Nov 18, 2019 5:32 pm
Istanbul Airport has just signed agreements with international airports in China and South Korea. In a statement by airport operator IGA on Sunday, Istanbul Airport signed a memorandum of understanding with the Shanghai Airport Authority and Korea's Incheon International Airport. The agreements are expected to increase passenger traffic from Asia to Turkey and boost Istanbul’s position as a global transfer hub for millions of Asian tourists visiting Europe every year.
The Shanghai Airport Authority oversees operations at the Shanghai Pudong and Shanghai Hongqiao international airports, where millions of passengers travel each year
In addition to these agreements, Istanbul Airport has also finalized “Sister Airport” agreements with Beijing Capital International Airport and the recently opened Beijing Daxing International Airport.
In order to develop and strengthen their relationship, the parties will also be able to share information with each other on airport management, operation and general business experience, terminal management, airside operations, commercial management, architectural design, course development and the use of electronics.
South Korea's largest airport, Incheon International, is ranked third among the world's best airports according to 2018 data, is the 18th largest airport in the world with over 68 million passengers and is the fourth largest in cargo transportation. Incheon currently acts as a consultant to the new Istanbul Airport.
Beijing Capital International Airport, meanwhile, one of the biggest airports in the People’s Republic of China, ranks second in the world with over 100 million passengers and the 16th in cargo transportation. Shanghai Pudong Airport from the Shanghai Airport Authority ranks ninth in the world, with 74 million passengers and is 16th in terms of cargo transportation.
Beijing Daxing International Airport, which was recently opened with a capacity of 72 million passengers, is another important international airport with which Istanbul airport has reached a cooperation agreement.
Currently, a total of 14 flights are conducted between Turkey and South Korea on a weekly basis. This figure has risen from 27 to 36 since Istanbul airport launched full capacity service between Turkey and China.
The objective for 2020 is to increase the number of flights between Turkey and China to 48 per week. The number of Chinese airports offering flights to Istanbul Airport will rise to five with the inclusion of China Eastern and Juneyao airports in summer 2020 after China Southern, Lucky and Sichuan airports.
IGA General Manager Kadri Samsunlu stated that the agreements would enhance Turkey’s share of passenger traffic from Asia to Europe. “We aim to bring 1 million Chinese tourists to Turkey in the next five years and create a transfer network at Istanbul Airport for 15 million Chinese tourists that visit European countries annually,” Samsunlu said.
Last Update: Dec 20, 2019 1:46 am
RELATED TOPICS