ANA to be 1st Japanese carrier to fly directly to Istanbul 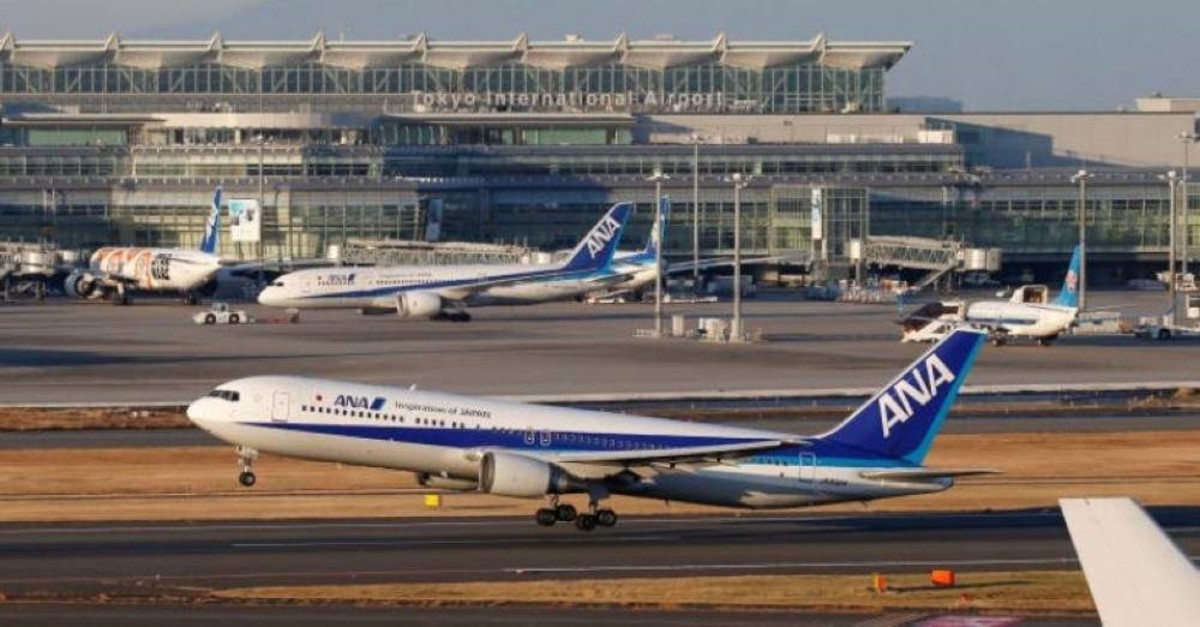 All Nippon Airways (ANA) Boeing 767 takes off from the Tokyo International Airport, commonly known as Haneda Airport, Tokyo, Japan, Jan. 10, 2018. (Reuters Photo)
by Daily Sabah Nov 20, 2019 1:57 pm
All Nippon Airways (ANA), Japan’s largest five-star airline for seven consecutive years, said Tuesday it will launch Tokyo-Istanbul flights starting in the summer of 2020, thereby becoming the first Japanese airline to perform direct flights to Turkey’s biggest metropolis.
Istanbul is among five cities to which ANA will launch flights from Tokyo Haneda International Airport (HND) starting in summer 2020 as it looks to expand its international network. The other four cities are Milan, Moscow, Shenzhen, and Stockholm.
These five new routes will be launched in addition to switching seven routes from Narita Airport to Haneda Airport.
Flights to Istanbul, Shenzhen and Stockholm will be the first-ever non-stop flights by a Japanese airline, the company said. Previous ANA flights had transited in Milan or Moscow, but this will be the first time either city is the final destination.
Tickets will go on sale in mid-December, ANA said, while the flight schedule and start date of service will be announced in the coming days.
“The addition of these routes will bring the total number of international cities served by ANA flights to 52 and will expand ANA’s presence at Haneda Airport,” it added.
Passengers generally prefer Haneda over Narita due to its close proximity to downtown Tokyo. While Narita requires a one-hour train ride to reach the city, Haneda is located much closer and allows for shorter travel times. Recently, the government allowed for additional international flights into Haneda.
“There is growing demand to visit Japan, and ANA will increase its international service just as Haneda Airport also expands to adapt for inbound Japanese tourism,” said Seiichi Takahashi, senior vice president of ANA. “These new routes will increase the ease and convenience for passengers flying to Japan from across the world, a significant benefit of our dual hub strategy.”
In addition to these new services from Haneda Airport, ANA will also be increasing the frequency of the Haneda-Los Angeles and Haneda-Sydney routes. It also said the Delhi, Houston, Los Angeles, San Jose, Seattle and Washington D.C. routes will be relocated from Narita International Airport. These new slots for Haneda increase the number of international flights ANA will offer during local daytime hours.
Founded in 1952, the ANA Group carried 54.4 million passengers in 2018. The company has approximately 43,000 employees and a fleet of 260 aircraft.
Last Update: Dec 20, 2019 1:48 am
RELATED TOPICS