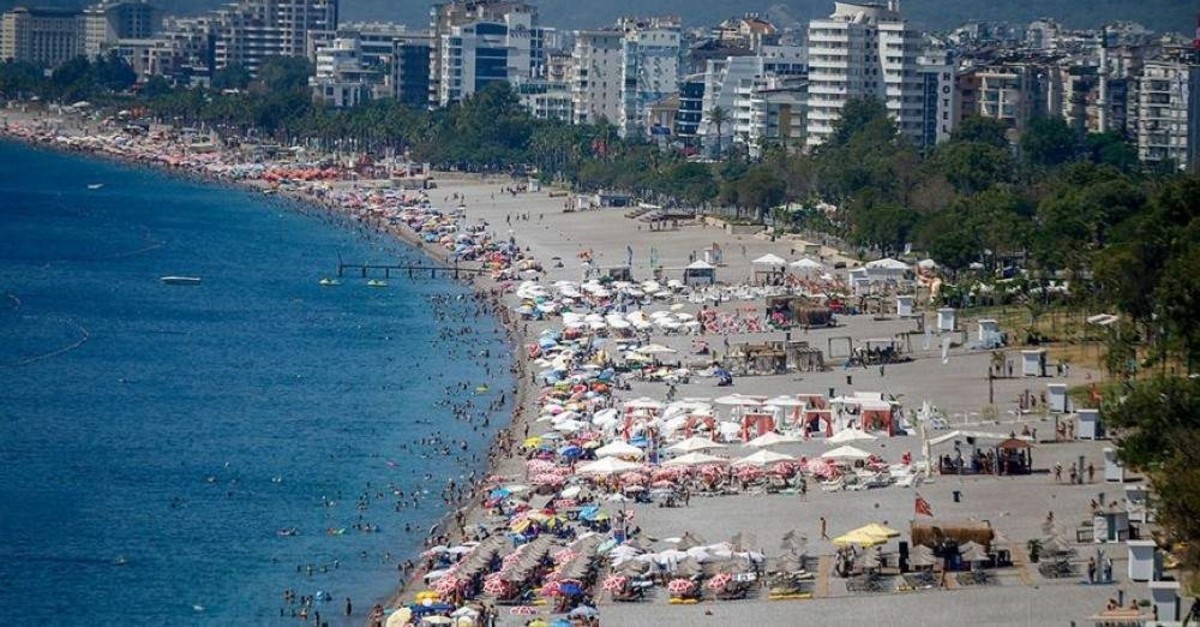 Antalya welcomed some 13.6 million tourists throughout the whole of 2018. (AA Photo)
by Daily Sabah with AA Nov 24, 2019 7:34 pm
Known across the world as a unique holiday destination where visitors can immerse themselves in history, nature and serene vacation all at once, Antalya has smashed tourist records this year, hosting over 15 million so far.
According to official figures by provincial authorities, nearly 15.57 million tourists have visited Antalya in 2019, setting an all-time tourism record with visitors coming from 193 countries.
Often regarded as Turkey's “tourism capital," Antalya has always been a center of interest for tourists looking to enjoy pristine Mediterranean beaches as well as the rich history of the region that has been home to countless civilizations.
Russian tourists showed the greatest interest in the province with about 5.5 million tourists from Jan. 1 to Oct. 31, or 16% more than the previous year's figures.
Germans ranked second at about 2.5 million, marking a 16% rise in their numbers as well.
Ukraine ranked third with almost 800,000 tourists, whereas the number of British visitors climbed to 686,000, making it fourth on the list.
Visitors from Poland totaled 535,000, with the Netherlands was not far behind at 424,000 and Romania with roughly a 250,000 visitors.
The tourism market has greatly expanded in Turkey, flying past the same period of 2018.
The Ministry of Culture of Tourism announced late in October that Turkey attracted 36.4 million tourists in the first 10 months of the year, marking a 14.5% rise, with Antalya playing a significant role.
The city had welcomed some 13.6 million tourists throughout 2018 and is firmly moving toward a goal of 16 million tourists.
Antalya, which has seen double-digit growth in the number of foreign visitors every year since the 2000s, experienced two difficult years for the first time in 2016 and 2017.
Especially in 2016, the city saw its tourist numbers drop by almost half to 6.5 million; however, it celebrated skyrocketing figures this year following the recovery in 2017.