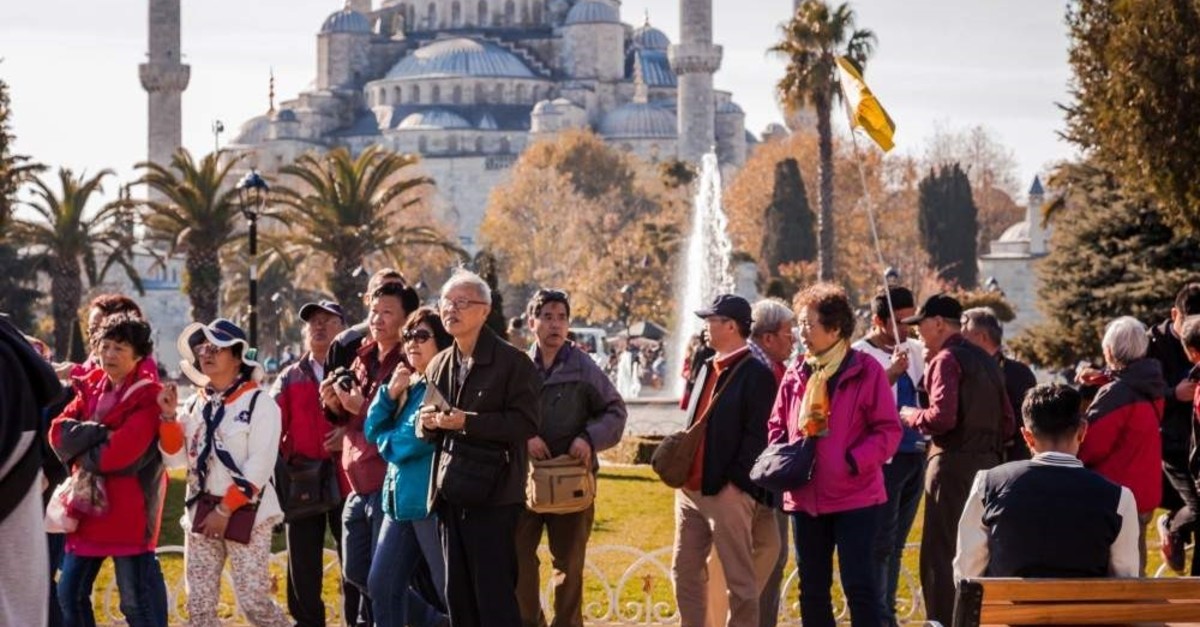 Turkey has the necessary infrastructure and facilities to attract a greater number of elderly tourists, but is yet to fulfill its true potential, according to sector representatives who point to a need for greater promotion

The growth of the global senior population is bringing new opportunities for the tourism community, which is emerging as one of the biggest beneficiaries of this fast-growing market due to changes in the lifestyle of seniors and their high tendency to travel.

Compared to younger tourists, senior tourists are known for their willingness to spend more on their vacations.

With its infrastructure and facilities established over the recent years to draw a higher number of 65-and-older tourists, especially those from Europe with a passion for traveling, Turkey stands as one of the growing markets in this segment.

The Mediterranean and Aegean are said to be the regions with the highest potential to take the biggest share from this segment of tourism. In particular, in addition to infrastructure and facilities in the holiday resort city of Antalya and the region, intense personnel training is also being provided within this scope.

“We are one of the best countries in the world in terms of facilities,” says Osman Ayık, the chairman of the Turkish Hoteliers Federation (TÜROFED). However, he suggests that special promotion programs should be implemented for the targeted audience, pointing to the lack of trained personnel.

“It is necessary to be able to explain all these and to give importance to educating staff. In this context, city/district infrastructures should be set to a certain standard,” he told Turkish Milliyet daily.

“For this group of tourists, for example, you need to think separately for those in need of care and others,” Ayık says.

It is also of great importance for the senior tourists to fill the facilities that are idle during the winter months. Besides, the studies to be carried out for the tourists receiving rehabilitation services also contribute to their long-term stay.

Antalya Tourism Hoteliers and Operators Association (AKTOB) President Erkan Yağcı emphasizes that the Antalya region stands out in the senior tourism in this context.

“They have preferred the Antalya region for a long time in winter,” Yağcı notes. “These facilities have a system that operates smoothly as they know the needs of these guests very well. We are working hard to further improve. Important promotions have been made to attract this potential,” he was cited as saying.

According to U.N. projections included in the Turkey Tourism Report prepared by the Association of Turkish Travel Agencies (TÜRSAB), the number of people aged 60 in the world is expected to exceed 2 billion in 2050.

According to the Eurostat survey, 39% of those traveling in EU countries are over 55, while tourists aged 65 hold a 20% share. The number of people receiving pensions in Germany, a European country that sends the highest number of tourists to Turkey, has reached 25 million. In Britain, on the other hand, the number of elderly and retirees exceeds 12 million.

In the meantime, after collaborating with a U.S. nonprofit group, Turkey is ready to build a commune for the elderly in order to promote healthy aging.

Representatives of We Care for Humanity (WCH) arrived in the capital Ankara on Tuesday to discuss the way forward with WHAC. The collaboration aims to build the Eco-Palace for Humanity that will set Turkey apart as a leader in healthy aging globally.

Turkey is a point of attraction in health tourism with its nature, technical infrastructure and cultural heritages, said Aydın.

Referring to the World Aging Summit – held in Turkey in 2005 with the participation of around 1,000 prominent people, including President Recep Tayyip Erdoğan – Aydın said Turkey is expected to be the new hub for healthy aging.

"The World Health Organization (WHO) also attended the summit back then and told us that Turkey should be the hub of healthy aging. After the summit we worked hard to make this come true and rolled up our sleeves for the 2022 World Healthy Aging Assembly Expo," he added.

Sultana Mariam Amor, the founder of WCH, told Anadolu Agency (AA) that the project is also planned for launch in Uganda, Cambodia and the Philippines. This project, the Eco-Palace, holds a different role in every country depending on the need, Amor noted.

"In the Philippines, we designed our Eco-Palace over the recent incident in Marawi, which was seized by the Daesh terror group, so we had about 20,000 displaced families in need of permanent homes.

"We will be responding to the emergency cases in such countries, whereas in Turkey the elderly of the lower-income group are the priority for us," Amor said. She said their partnership with WHAC will promote healthy aging which is also promoted by President Erdoğan.

Amor will also promote the project in Turkey as the current healthy aging ambassador of the program, Aydın stressed.

"The Eco-Palace will be a center for free education, health care, livelihood program, culture and arts for humanity. This area of ecotourism, where elderly people will spend time to live a healthy life, is also an economic contribution to the country," Amor said.

Amor added that the key is to first have the land where the structure will be built, to bring the project to life. She emphasized that the goal is to sit on the table with the governments and the private sectors for the land which will be used for the Eco-Palace and also for commercial purposes where people and investors of the land can do joint ventures.

"All Eco-Palaces are ecotourism sites where people can come and travel; this will sustain and become an additional income for the Eco-Palace," Amor said.

The elderly represent a massive opportunity for almost every industry with consumers facing new challenges that businesses can help solve. By addressing those challenges, companies can build new markets for their products and services while also creating social value.