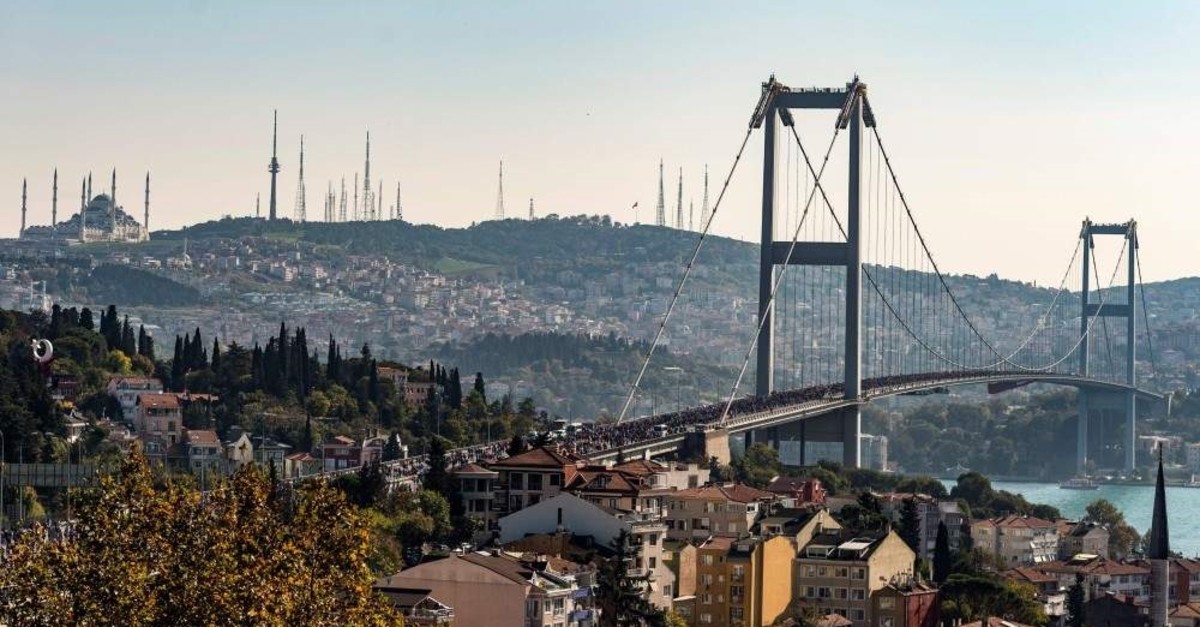 Istanbul is expected to keep its place among 10 most visited cities in the world in 2019.

Turkey’s largest city will host more than 14.7 million tourists by the end of the year, making it the ninth most popular city destination in the world, according to London-based Euromonitor International. Istanbul ranked 10th in the 2018 edition of the Top 100 City Destinations.

In 2019, Istanbul will have had more visitors than New York City’s 14 million as the U.S. metropolis dropped out of the top 10.

Turkey’s tourism capital Antalya held on to 12th place thanks to 13.3 million arrivals in 2019, up 7.2% from the previous year. Istanbul and Antalya also ranked third and fourth in Europe.

Some 70% of visitors travel to Turkey from Europe, the report said, adding that “Turkish cities are also a growing destination for Arabian travelers.”

“The airport launches flights to a total of 146 destinations, connecting over 120 countries within 3 hours,” it said.

Protest-hit Hong Kong and Bangkok remained the top two city destinations in the world, while London lost its place in top three and was moved to fifth by two other Asian cities – Macau and Singapore.

The number of international visitors to Turkey surged to 40.7 million in the first 10 months of the year. According to U.N. World Tourism Organization's (UNWTO) 2019 data, Turkey ranks sixth in the world for the number of tourists.