Atlasglobal to resume operations as of Saturday after month-long suspension 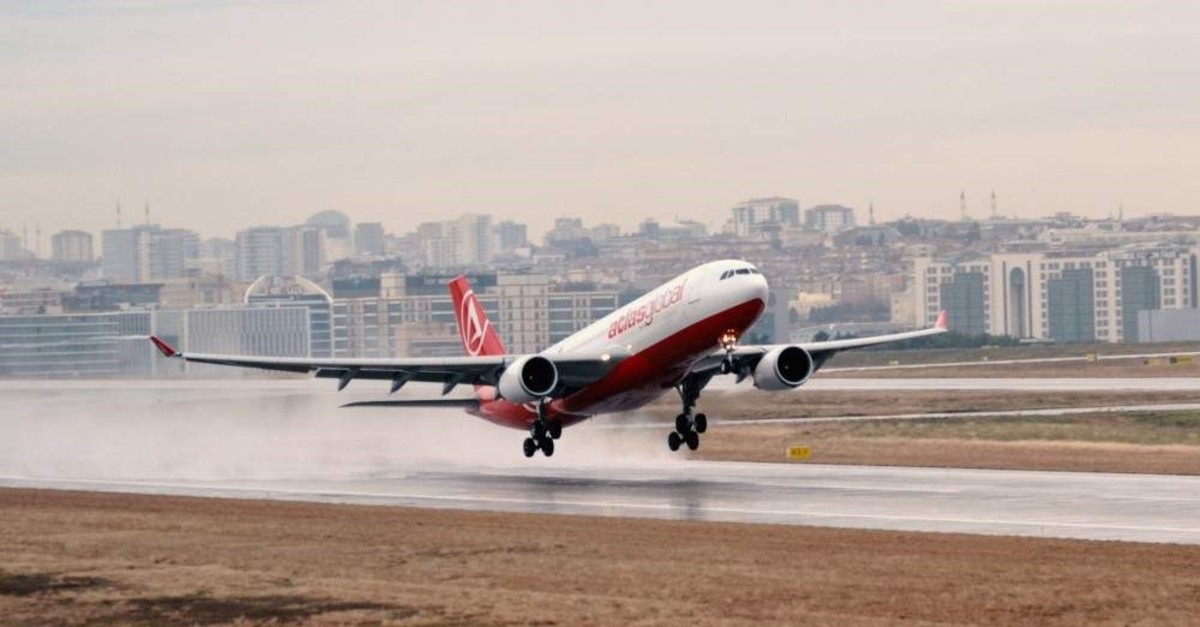 | File Photo
by Daily Sabah Dec 17, 2019 4:46 pm
Turkish airline Atlasglobal, previously known as Atlasjet, announced late Monday it would resume scheduled flights and reopen for bookings following almost a month-long suspension of activity.
Atlasglobal temporarily halted operations on Nov. 26 in the face of financial difficulties, citing the need to undertake the necessary measures to restructure and improve its cash flow.
The company said the transfer of flights to the new Istanbul Airport in April had caused it cash flow problems: “With the transfer of flights to the new Istanbul Airport in April 2019, there was a sharp rise in logistical and operational costs, making it impossible for us to make up for losses recorded over the 2016-2017 period,” the statement said, adding that its booking portal had been reopened and that it would restore flights as of the morning of Dec. 21.
Launched in 2001, Atlasglobal operates a fleet of 16 aircraft and is headquartered in Istanbul.
It offers flights for passengers and cargo and flies to more than 50 destinations in 35 different countries. It operates flights within Turkey and to Asia, Russia and the CIS, the Middle East and Europe.
Last Update: Dec 20, 2019 2:28 am
RELATED TOPICS