MSC Cruises to sail back to Turkey in summer of 2021 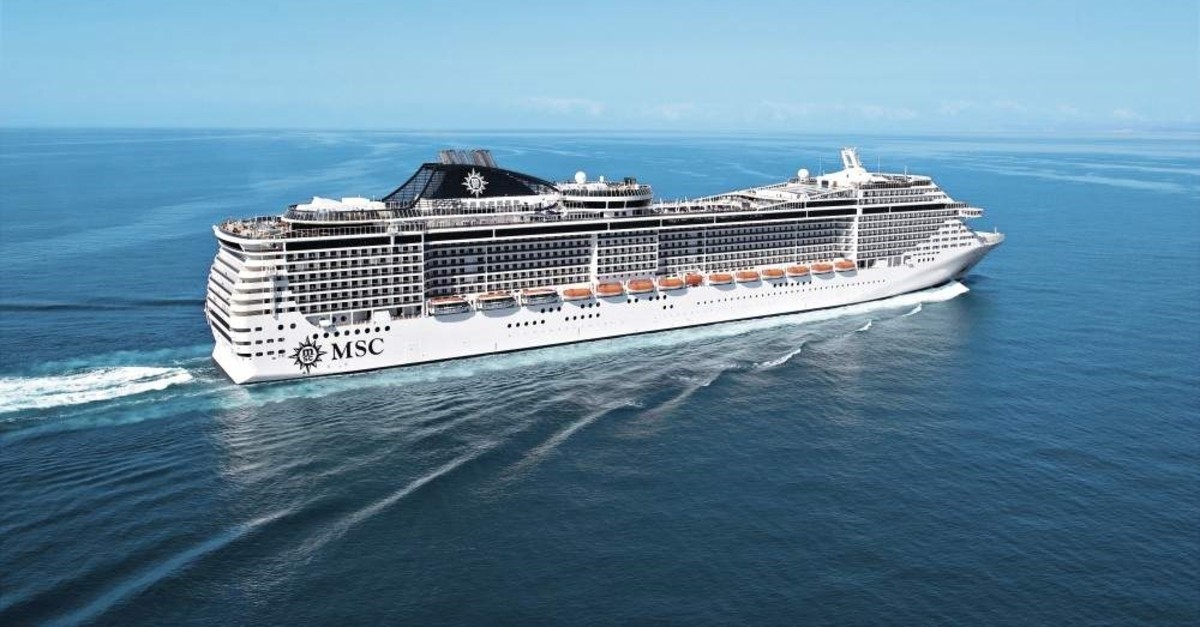 The Geneva-based MSC Cruises is adding Turkey back to its two cruise lines’ itinerary in 2021, the company said in a statement Tuesday.

The company chose Istanbul and the Kuşadası region of the Aegean province of Aydın as embarkation ports of its two cruise ships traveling to the Aegean Sea, the Adriatic Sea and the Eastern Mediterranean.

Angelo Capurro, executive director of MSC Cruises, said the company is excited to start operations in Turkey again and is returning with a stronger market presence after opening a new office in February 2018.

“We expect to have a highly successful summer season in 2021 with our Aegean and Adriatic cruise programs, which include Istanbul and Kuşadası.”

MSC Fantasia, one of the two cruise ships that will travel to Turkey, is scheduled to have 25 calls both in Istanbul and Kuşadası throughout the season.

MSC Lirica, the second cruise ship, will have 23 calls in Kuşadası only. The cruises are expected to carry around 212,000 travelers.

MSC Fantasia will have a nine-day program between April and September. According to its itinerary, the ship will depart from Istanbul and stop in Piraeus and Corfu in Greece, Bari and Trieste in Italy, and back to Katakolon, Greece. The travelers will then visit Kuşadası and finally return to Istanbul.

MSC Lirica’s Eastern tour will have a seven-day program between May and September 2021. The cruise will depart from Kuşadası and sail to the islands of Mykonos and Rhodes in Greece as well as Haifa in Israel and Limassol in Cyprus.

Turkey continues its efforts to reinvigorate cruise tourism and is carrying out works to eliminate the lack of ports, particularly in Istanbul. Having come to a standstill in the last four years, cruise tourism in Turkey’s largest metropolis has started to rebound this year. Some 24 cruise ships were expected to arrive in the city by October and the number is expected to reach 80 in 2020.

As part of the works to boost cruise tourism, a new cruise port is in the plans at Istanbul's Yenikapı district and the tender bidding is likely to take place soon. Besides, Istanbul's megaport project Galataport, which is currently under construction and expected to open in March 2020, is also expected to revive the city's cruise tourism sector.

The port is projected to host around 500 cruise ships carrying an average of 4,000 passengers each, likely reaching a total of 2 million people. With the staff and crew of the ships included, the figure is expected to be even higher.

On the other hand, Kuşadası is a famous holiday resort town conveniently situated close to major archaeological sites and the Dilek Peninsula National Park, one of Turkey's most biologically diverse areas. Kuşadası is also home to some of the region's most pristine beaches.