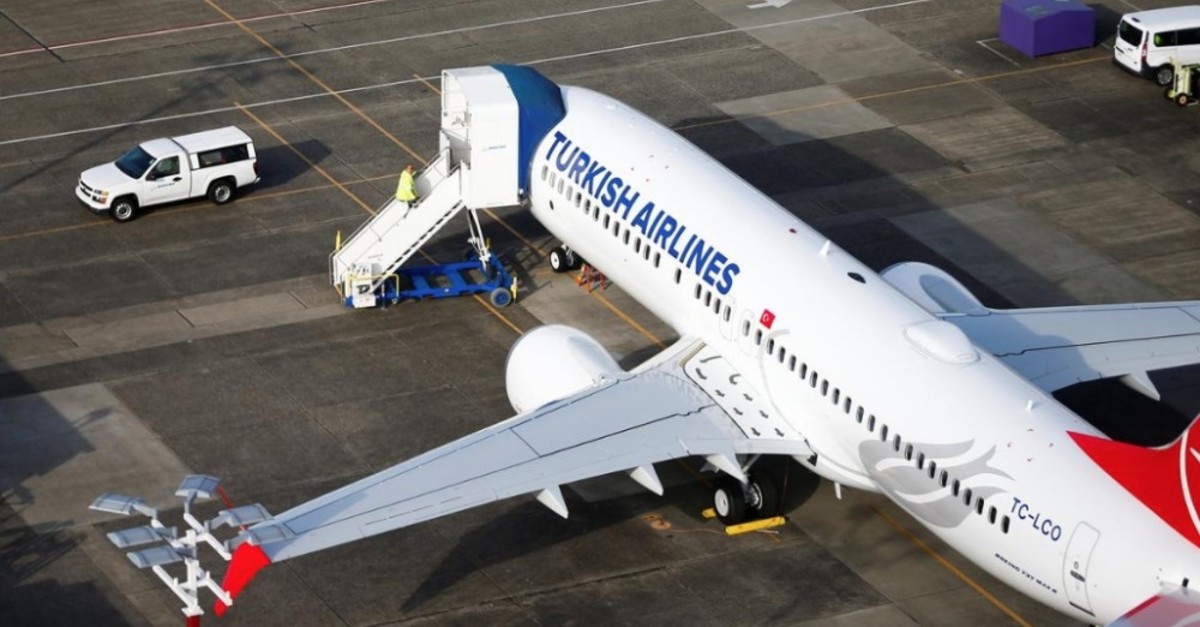 One of the biggest clients of U.S. aviation giant Boeing, Turkish Airlines (THY) is preparing to bring a lawsuit against the planemaker due to uncertainty regarding its 737 Max jetliner, a Turkish news agency reported Thursday evening.

The 737 Max has been grounded since March after two crashes within five months in Indonesia and Ethiopia killed 346 people. The crashes have cost the plane manufacturer more than $9 billion so far.

As one of the companies hit hardest by the decision to ground the aircraft, Turkish Airlines had to re-evaluate its operations strategy due to the problems with the 737 Max.

Currently, 24 of THY's aircraft are grounded, with 12 of them stationed in Seattle. The company is also awaiting the delivery of 75 more Boeing 737 Max jets. In May, THY Chairman İlker Aycı said the company expected compensation for losses incurred over the grounding of the planes.

The company said the grounding of the aircraft and its inability to use the ones in its fleet have negatively affected ticket fares and the number of domestic flights. The airline saw a 6.7% decline year-on-year in the first 11 months of this year in the number of seats offered.

Aycı said in October that the grounding of the aircraft led them to revise some figures in the 2019 targets. Accordingly, the expectation of 80 million passengers for the year-end has been revised to 76 million. The capacity increase was pulled from 7.5% to 4%. The consolidated sales revenue target was revised from $14.1 billion to $13.4 billion.

Demirören News Agency (DHA) said the airline was preparing to file a case over both the uncertainty and Boeing's failure to make an adequate statement regarding the situation. It did not specify a source for the report.

After a board meeting, Boeing said Monday it would suspend production of the 737 Max in January, its biggest assembly-line halt in more than 20 years. Its decision came after the Federal Aviation Administration (FAA) refused to approve the jet's return to service before 2020.

Boeing, which builds the 737 south of Seattle, said it would not lay off any of the roughly 12,000 employees there during the production freeze.

Getting the jet back in the air depends largely on the FAA, which is evaluating Boeing's effort to fix flight-control software that was a major factor in the crashes. Investigators have found that software designed to stop an aerodynamic stall was a huge problem for pilots, and Boeing is updating the code to make it less aggressive.

The FAA will not give a date for when the Max can return to the skies, and last week the agency said Boeing had unrealistic expectations for putting the plane back into service. New FAA Administrator Stephen Dickson has said the decision will be on the agency's timetable, not Boeing's, indicating that it will take longer than Boeing had expected.

For the third quarter, the company reported a 53% slump in quarterly profit and negative free cash flow of $2.89 billion. The planemaker has roughly $21 billion in long-term debt.