Over 150 flights canceled as Lufthansa's Germanwings hit by strikes 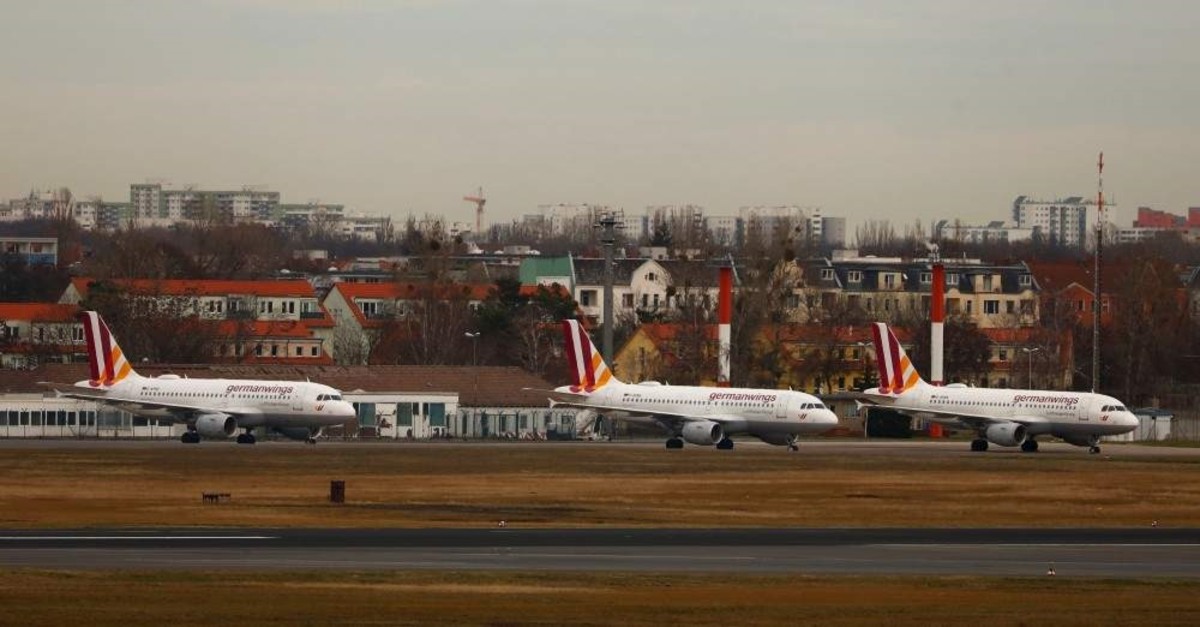 Around 180 flights in Germany were canceled Monday due to cabin crew strikes at Lufthansa's budget airline Germanwings in a bid to put pressure on management in wage talks.

The UFO labor union on Friday announced three-day strikes this week at Germanwings, which operates on behalf of Lufthansa's Eurowings brand, saying little progress has been achieved in talks with Lufthansa management.

Around 15% of flights at Eurowings needed to be canceled, a Lufthansa spokeswoman said on Monday.

"First 35 flights were canceled, then 54, now 170, meaning that Germanwings will only manage 7% of its original flight operations today," a spokesman for UFO said, speaking at the Cologne-Bonn airport.

"That should be a sign for the Lufthansa group. Your employees are really angry. You finally have to change something," he added.

The majority of the canceled flights were domestic, according to the Eurowings website. Stranded passengers were offered train tickets to their destinations or given a seat on flights operated by other Lufthansa airlines.

Some passengers said while they understood cabin crew's grievances, the timing, in the middle of the holiday season, was problematic.

"I am from France and it is worse there. I am in favor of workers expressing themselves, but I am not sure if the time is right," said Celine Guiakam, a passenger at Cologne-Bonn airport.

"There is no good time for strikes. Every strike and every delay is one too many and in so far we regret that it has to happen at all," a spokesman for Eurowings said.

The deadlocked collective bargaining dispute for the 22,000 cabin employees concerns pay and working conditions among other issues

UFO held a strike for two days in November, resulting in the cancellation of one in five flights, affecting around 180,000 passengers and costing the airline between 10 million-20 million euros ($22.39 million).