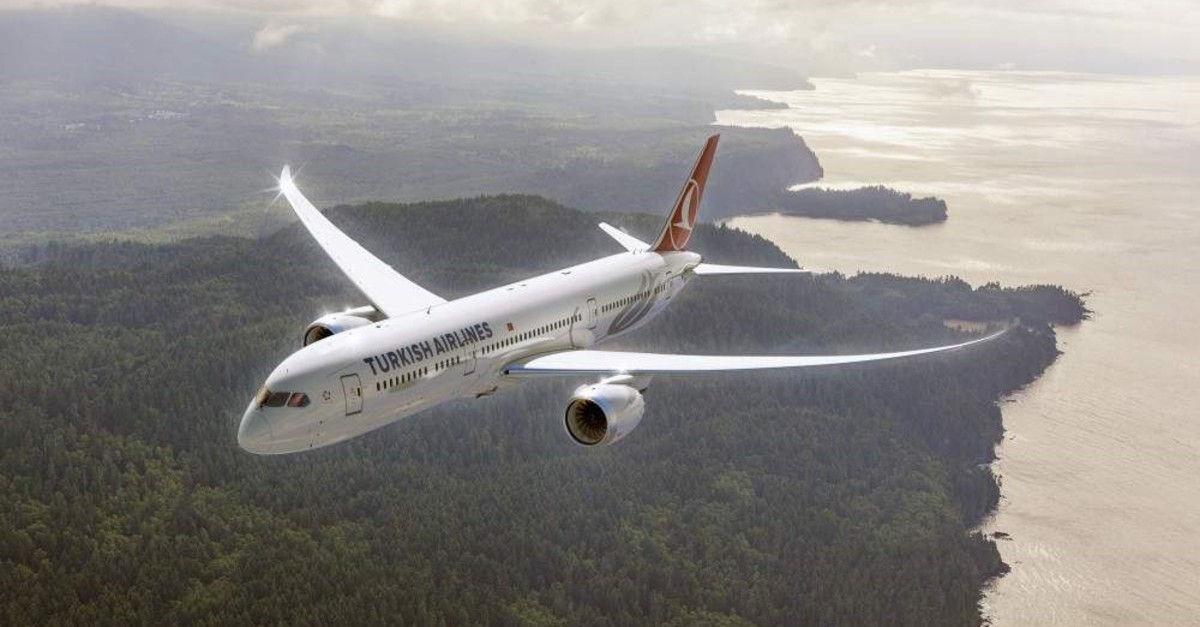 In 2020, Turkish Airlines will expand and update its fleet, opening four new flight paths, according to the chairman of Turkey's flag carrier.

"We have completed all the necessary procedures to launch flights to Malabo, Equatorial Guinea, Tokyo's Haneda Airport, Newark, New Jersey, and Vancouver, Canada in 2019," said İlker Aycı, adding that now they are just waiting for the required permits. Besides the latest batch of new destinations, he said the airline would also focus on frequency depth.

After launching services to 10 new international routes in 2019, the carrier closed the year with a flight network including 318 cities across 126 countries, Aycı noted.

Recalling the airlines' switch from Atatürk Airport to Istanbul's new mega-airport as the company's biggest move in 2019, Aycı said: "Turkish Airlines has to have a strong infrastructure, one supporting its growth, in order to achieve its goals without interruption."

Istanbul Airport, the "World's New Hub," officially opened on Oct. 29, 2018, the 95th anniversary of the founding of the Turkish Republic. With the capacity to serve some 200 million passengers per year and with all four phases and six runways to be completed by 2028, Istanbul Airport is set to become a global aviation hub home to more than 100 airlines flying to over 300 destinations around the world.

Underlining that the airline had reached full capacity shortly after moving to the mega-airport, Aycı said: "Our new home knocked both ourselves and our customers out of the usual routine, but here we learned to walk again, putting aside all our old assumptions."

While Atatürk Airport fell short of responding to Turkish Airlines' need for more slots and capacity due to constraints such as runway insufficiency, the company now presides over a larger operational space thanks to Istanbul Airport, Aycı said. "The third runway to open at Istanbul Airport in 2020 will ease the traffic density," Aycı added. When the third runway goes live, it will be possible to do an aircraft landing and takeoff every 43 seconds, or more than 2,000 planes a day, he added.

Turkish Airlines is continuing to expand its fleet with next-generation aircraft while replacing older models, Aycı said. By the end of 2019, the airline had 351 aircraft, including 98 wide-body, 229 narrow-body and 24 cargo planes, up from 332 at the beginning of the year. "With our current fleet size, we rank 10th among the passenger airlines globally," Aycı said. "Among the top 10, we have the fourth-youngest fleet." He added that 28 more aircraft will be added to the fleet in 2020, stressing that the company is open to rental options.

Despite having to ground Boeing 737 Max aircraft and a delay in the delivery of the A321 Neo aircraft, Turkish Airlines posted a 2.7% rise in its capacity between January and November 2019, Aycı noted. This came despite 12 planes from the fleet being grounded and 12 more aircraft's delivery being delayed, he explained.

Boeing's top-selling 737 Max was grounded worldwide after crashes which killed hundreds of people and cost the company billions of dollars. On Tuesday, Turkish Airlines announced that Boeing had agreed to compensate it for losses caused by the grounded and undelivered planes. "Boeing will cover some of our losses and the revenue that we cannot generate because of aircraft being grounded and out of use," the carrier said in a statement.

In the first 11 months of 2019, the flag carrier served 68.8 million passengers. "Despite an 11.5% contraction in the domestic market in Turkey, we welcomed 28.3 million passengers taking domestic flights, boosting our market share by 2.5 points," Aycı said. The number of passengers carried on international flights rose 3.5% to 40.4 million, he underlined.

"Despite these unfavorable market conditions and having to carry out our cargo operations at two different airports, we posted an increase of 9.5% in cargo volume to 1.4 million tons," Aycı stressed. Turkish Cargo posted an impressive $452 million in revenue in the first three quarters, he added.