Celebrities from target tourism markets to visit Turkey in 2020 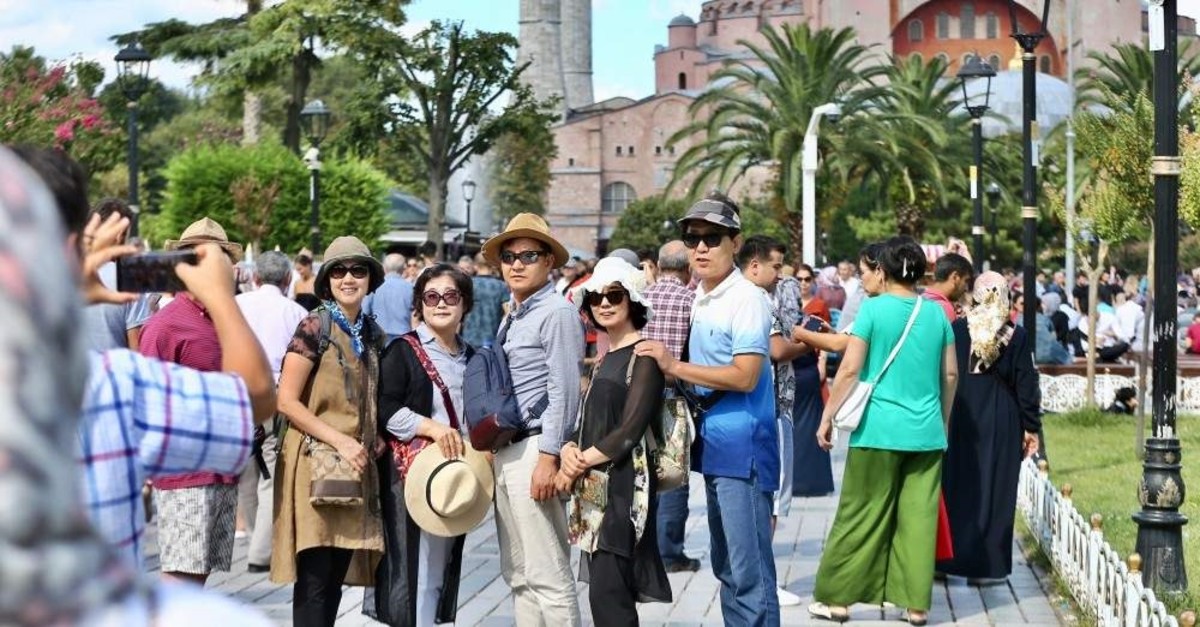 Turkey looks to invite world-famous celebrities to the country throughout this year as it has rolled up its sleeves to expand promotional activities throughout 2020, the culture and tourism minister said.

In an interview with Turkish Sabah daily, Mehmet Ersoy said the country preferred to carry out cooperation projects related to Turkey’s promotion with famous names from the country’s target markets.

“Our ministry does not use brand ambassadors for Turkey’s promotion but welcomes the world-famous names to our country,” Ersoy said, adding that similar projects are set to be realized in 2020.

This year, promotional ads will be broadcasted on channels with the highest ratings in 20 countries, including Germany, the U.K., Russia, the Netherlands, Ukraine, India and Israel, the minister noted. They were broadcast in three countries over the course of 2019.

“Emerging economies of Central and Eastern Europe such as Poland, Romania will also be included in new focus markets,” he added.

Tourism in Turkey had its best year ever in 2019. The number of international visitors to the country surged 14.31% year-on-year to 42.9 million in the first 11 months of the year, according to Culture and Tourism Ministry data.

Some 6.89 million Russian tourists arrived in the country in the said period, again topping the list among tourist-sending nations. They were followed by Germany with 4.83 million tourists and the U.K. with 2.5 million tourists. Bulgaria and Iran were also among the top countries sending the highest numbers of tourists.

With promotional and branding activities, Ersoy said that the number and quality of tourists would increase further, a trend that will lead to a significant rise in tourism revenues.

“In 2020, we aim to bring up our promotion budget to $180 million together with Turkey Tourism Promotion and Development Agency and reach 58 million tourists and $41 billion in tourism income,” Ersoy said.

The minister further emphasized that the country will give extra weight to advertisement studies in printed media, predominantly in magazines.

The country eyes a significant increase in the digital arena as well. “The number of countries in which digital ads are applied will be increased from 24 to 45, and the access number will reach 7 billion, up from 4.5 billion,” the minister noted.

New tourism products will also be developed that address the needs and expectations of the target group with high spending potential. Effective promotion and marketing of these products will be carried out, according to Ersoy. To attract a greater number of tourists with high education, culture and income levels, the country also looks to diversify tourism products that would advertise Turkey as a new address for unique experiences and special interests.

Furthermore, the minister noted new promotion strategies that are being developed that involve ads and PR projects devoted to various tourism tours, including gastronomy, health, religion, incentives, conferences and exhibitions (MICE), as well as plans on establishing new tourism routes such as cultural and bicycle routes. Ersoy said all of these would help tourism spread across Turkey’s 81 provinces.

In addition, works have already been initiated on 20 thematic commercial films that include 14 different types of tourism together with their sub-branches, such as golf, religion, yacht, wedding and youth tourism, the minister said.