Istanbul airports serve 104M passengers, host 6% of all flights in Europe in 2019 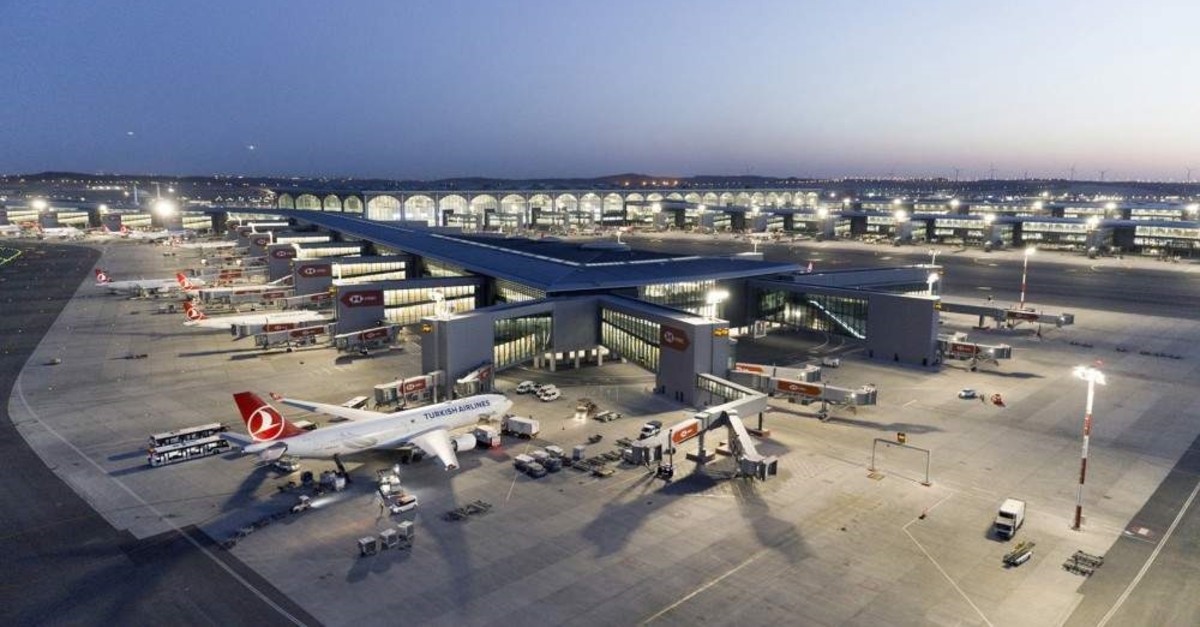 In this undated photo, a Turkish Airlines plane is seen at Istanbul Airport.
by Daily Sabah with AA Jan 12, 2020 6:03 pm

Istanbul's three airports saw the number of passengers increase by nearly 1.55 million year-on-year in 2019, according to General Directorate of State Airports Authority's (DHMİ) data released Sunday. During this period, the airports hosted approximately 6% of all flights in Europe.

Rising from the outskirts of Turkey's most populous city, perched firmly on the shores of the Black Sea, the airport was officially opened on Oct. 29, 2018, coinciding with the 95th anniversary of the founding of the Turkish Republic.

However, its first phase became fully operational on April 7, as it took over the air traffic from the now-closed Atatürk Airport.

A success story in its own right, the transition was said to be the greatest logistical operation in civil aviation history. Thousands of tons of equipment, from huge aircraft-towing vehicles to extremely sensitive materials, were ferried across the city.

The new airport can handle 90 million passengers per year in its current phase of development, which, while a high figure, is nothing compared to its planned capacity to serve up to 200 million passengers after the completion of all four phases and the construction of six runways, scheduled to be completed by 2028. It will be home to more than 100 airlines flying to over 300 destinations around the world.

Last year, over 16 million passengers traveled to and from Atatürk Airport, which has transitioned to other uses such as training activities, aviation fairs and civil use, while some parts are to be transformed into a public park. The airport had served 4.2 million passengers on domestic flights and 11.8 million on international lines.

In the same period, 235,072 flights, including 135,161 domestic and 99,911 international flights, were made to and from Sabiha Gökcen Airport, according to the statistics.

According to the European Organization for the Safety of Air Navigation (EUROCONTROL), an international organization working to achieve safe and seamless air traffic management across Europe, a total of 11.1 million flights were made in Europe last year, while around 6% of the flights performed on this continent were to and from Istanbul's airports.