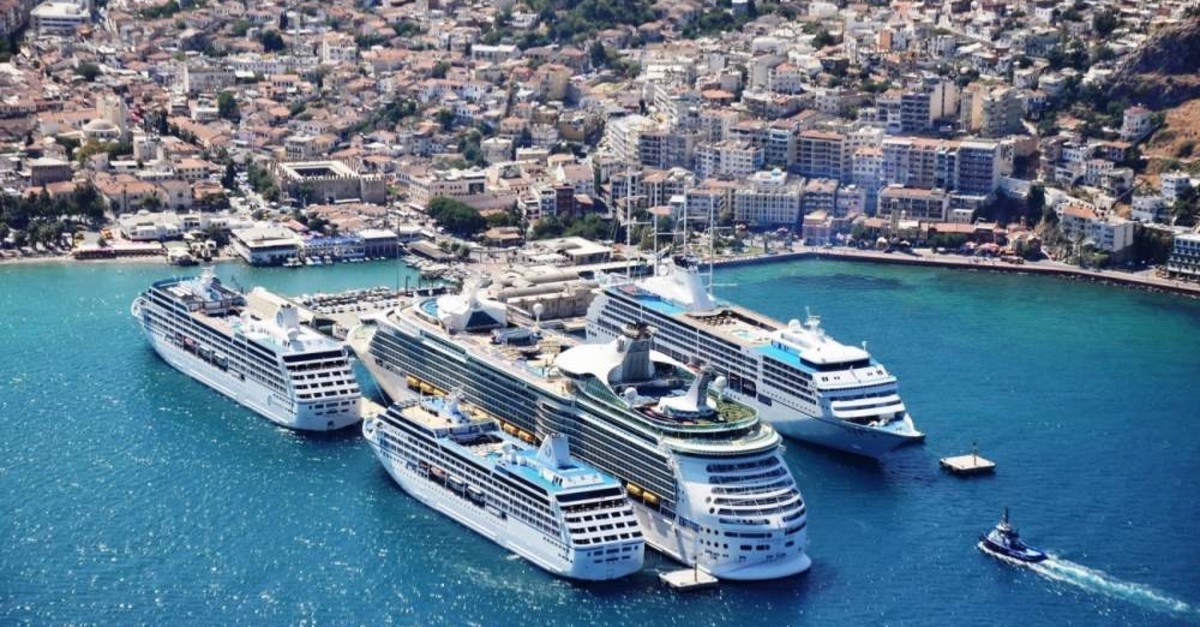 One of the leading cruise companies has canceled a number of its trips to the Far East and has turned its route toward the Mediterranean, where Turkey has emerged as an alternative for growing number of cruise ships amid the fast-spreading strain of coronavirus.

The concerns have led the Norwegian Cruise Line to direct its ships toward the Mediterranean instead of the Far East, and the company will be adding additional trips for Turkey, according to Yusuf Öztürk, head of the İzmir branch of Turkey's Chamber of Shipping (DTO).

The company had already had 12 planned trips for Ege Port in the Kuşadası region of the Turkey's Aegean province of Aydın for this year, Öztürk told Anadolu Agency (AA) on Wednesday. Due to virus outbreak, the company has now arranged additional 30 trips for Kuşadası with a total capacity of over 60,000 passengers, Öztürk added.

"We are upset about this epidemic. Our greatest wish is for it to be prevented without further damage to humanity and the global economy. The world cruise sector has also been negatively affected," he noted.

However, he added, it is a satisfactory fact that Mediterranean and Turkey are being seen as a safe haven.

"It is being stated that the Norwegian Cruise will be soon be followed by other cruise operators. The fact that cruise companies turn their ships from the Far East to the Mediterranean increases the expectations that new trips will be made to Kuşadası, as well as İzmir Port and other passenger ports of our country," Öztürk noted.

Around 344 cruise ships anchored on Turkish coasts in 2019, which was only 247 in the year before, according to data from Coastal Safety Directorate.

Most cruise lines arrived in the country during the months of August and July, 67 and 59 respectively. A total of 300,896 passengers were transported last year by cruise ships coming or leaving from Turkey. Among those, some 221,372 were transit passengers. Kuşadası became the most tourist hosting port with 197 ships.