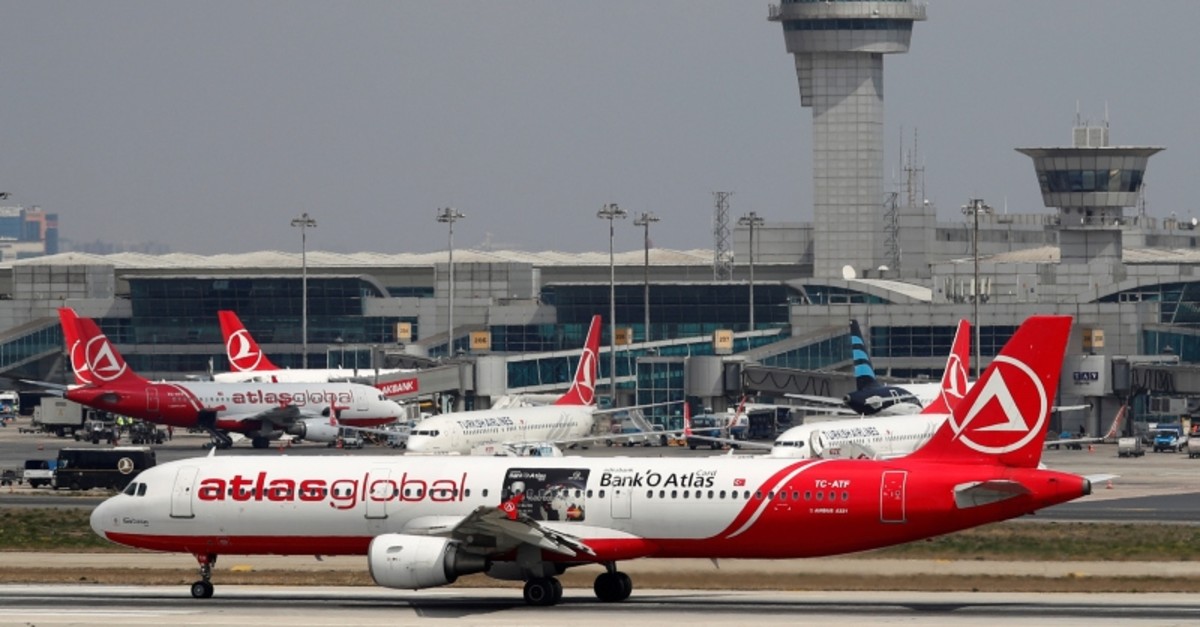 "Atlasglobal airline has filed for bankruptcy because it could not continue operations, and flights have been stopped," SHGM said on Twitter.

According to the company's website the airline, previously known as Atlas Jet was established in 2001 in Turkey and began to operate domestic and international flights in 2004, flying to 50 destinations in 35 different countries. Headquartered in Istanbul, it was operating a fleet of 18 aircraft.

Atlasglobal was forced to temporarily suspend flights in November and December last year after encountering financial difficulties. The airline underwent significant restructuring and parted ways with many of its employees. It had been flying to London, Baghdad, Tel Aviv and Amsterdam in addition to several domestic destinations since then, but suspended its operations again on Dec. 12.

The company pointed to cash flow problems after an increase in logistics and operation costs as well as the transfer to Istanbul's new airport.

In 2007, 57 people were killed after one of the company's planes crashed in the mountains during a flight to the southwestern city of Isparta from Istanbul.