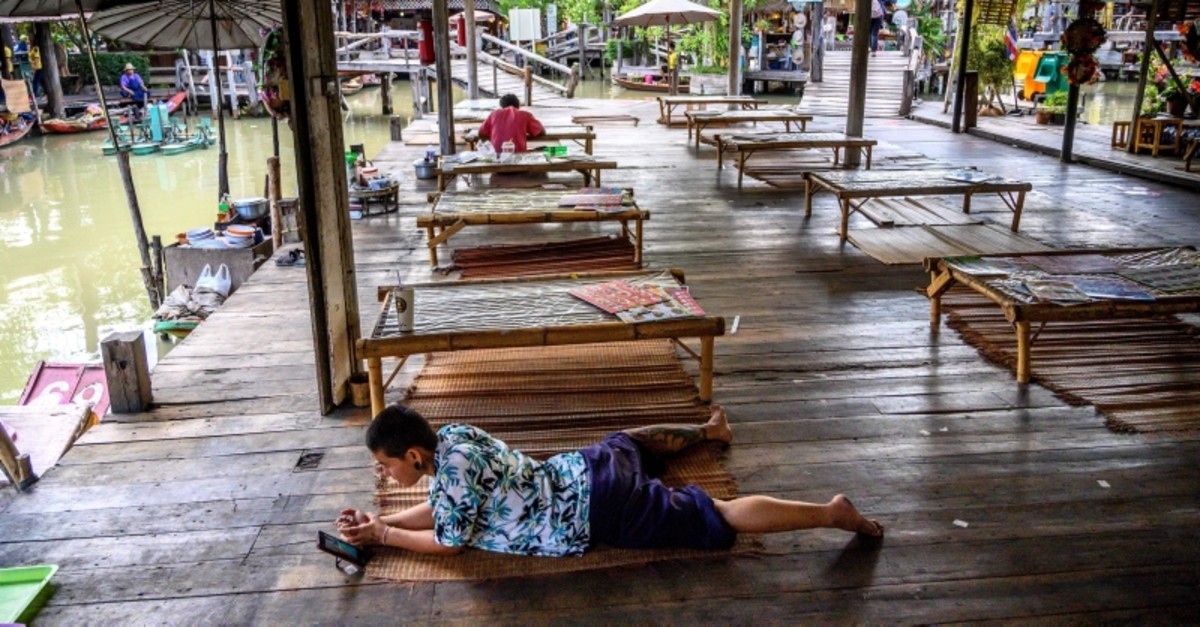 Elephant parks unvisited, curios at markets unsold as tuk-tuks sit idle: Southeast Asia is facing billions of dollars in losses from a collapse in Chinese tourism since the outbreak of a deadly new coronavirus.

From Luang Prabang in northern Laos to Pattaya in Thailand, Hoi An in Vietnam and the Cambodian casino town of Sihanoukville, takings have plummeted as Chinese travellers find themselves subject to a host of restrictions at home and abroad.

"We haven't had any Chinese for 10 days since they closed the road from Yunnan," says Ong Tau, 47, from behind her stall of fruit shakes in the temple-studded Laotian colonial town of Luang Prabang.

Tour guides, mall workers and restaurant staff are all feeling the burn as Chinese -- the world's biggest travellers -- stay at home in the middle of a global health crisis.

"My friend has lost four or five big tour groups... they would have paid for his low season," said Tee, a guide in Luang Prabang, giving only one name in the tightly-controlled communist country, a mass of tuk-tuks standing idle behind him.

But in one of Southeast Asia's least well-resourced countries, there may be one bright side to the sudden economic pain.

"We don't know how to protect ourselves," he added. "The government doesn't tell people anything... so maybe less Chinese is a good thing for now."

The slump is being felt sharply in Thailand, where tourism authorities say arrivals from China -- usually close to one million a month -- have plunged by 90% so far this February.

At the Chang Siam Elephant Park in Pattaya, a few hours south of Bangkok, owner Nantakorn Phatnamrob fears he will soon be pressed into debt to float a business which has lost nearly $65,000 since the outbreak.

"People are afraid to visit," he told AFP. "If it stays like this, I will have to get a loan from the bank."

The outbreak has also spooked western tourists at the height of peak season in what has already been a tough period for Thai tourism thanks to a strong baht.

Thailand anticipates shedding five million tourists this year, taking with them "250 billion baht (over $8 billion) in revenue", according to Don Nakornthab, director of economic policy at Bank of Thailand.

"Our hopes that the economy will do better than last year are very low... it's possible it could grow below 2%," he added.

That will spell bad news for the untold number of Thais working in the tourism sector.

Ma Mya, 22, who sells trinkets in Pattaya, says she may soon have to return to her home in northern Thailand.

"There's no more profit -- everything has gone bad."

- Things can only get better -

With so much riding on the seasonal influx, some Mekong countries are desperate not to deter those Chinese still travelling.

Thailand offers visa on arrival for Chinese tourists despite having one of the highest numbers of confirmed infections -- 34 -- outside of the mainland.

At least two of those cases were Thais who contracted the virus after driving infected Chinese passengers, raising fears that the economy was taking priority over tackling the health crisis.

For staunch Beijing ally Cambodia, where only one case of the virus has been confirmed so far despite a large Chinese presence, strongman leader Hun Sen has repeatedly played down the risk to his country.

Ticket sales at the famed Angkor temple complex in Siem Reap have fallen between 30 and 40% this year, while in Sihanoukville, a southern beach resort notorious for its casinos, the tourist take has shrivelled.

Businesses are praying for a bounce-back if and when the virus is controlled.

With 10 million Chinese visitors each year, Thailand hopes the pain will ease in a few months.

Regular visitor Yen Ran, 25, from Chengdu, came to Pattaya despite the health warnings.

"I am a little concerned how other countries perceive us," she said. "But when there's a cure, things will get better."