Stubbing out cigarettes in Europe 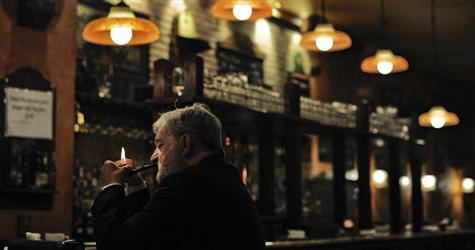 Spain on Sunday joins the list of European countries that ban smoking in cafes and restaurants.

Here is a look at smoking bans elsewhere in Europe.

- Belgium: Anti-smoking measures for hotels and restaurants are expected to be extended to cafes from 2012 to 2014.


- Britain: Smoking was banned in public places, including bars and restaurants, along with workplaces in England, Wales and Northern Ireland in 2007, while Scotland extinguished smoking in 2006.


- Croatia: After a six-month grace period for small cafes and restaurants Croatia in April introduced what are among the most strict anti-smoking measures in the Balkans.


- Finland: With a series of laws designed to completely eradicate smoking and tobacco on October 1, Finland is the first country in the world to write into its legislation that it intends to end all tobacco use through law.

- France: The country started 2008 under a new smoking ban in cafes, restaurants and bars. Smokers have moved to sitting at tables outside the cafes.

- Germany: Smoking has been banned in bars and restaurants since July 2008, but there are widespread exceptions allowing people to puff away in separate rooms and in pubs under a certain size.


- Greece: Has Europe's highest rate of smokers and successive bans this decade have been ignored.

- Ireland: By banning tobacco from March 2004 in one of its most venerable institutions, the pub, Ireland is credited with having unleashed a domino effect across Europe in favour of smoke-free bars and cafes.

- Italy: Since January 2005, Italians have been enjoying their espresso without lighting up in cafes, restaurants and other public places.

- Macedonia: Its anti-smoking law is considered one of the harshest in Europe with smoking banned even outside places serving food or drinks.

- Netherlands: Smoking was banned in the hotel, restaurant and catering industry from July 1, 2008. But the government recently announced it intended to exempt bars smaller than 70 square metres (753 square feet) with no staff other than the owner.

- Norway: On June 1, 2004 Norway banned smoking in bars and restaurants.

- Poland: On November 15 banned smoking in restaurants, bars and other public places. Smokers can now light up in bars and restaurants — and any workplace — only if there are separate, ventilated rooms set aside for them.

- Serbia: Smaller bars and cafes can decide to be smoke-free, while bigger ones, as well as restaurants, have to provide a non-smoking space occupying more than half the premises and properly ventilated.

- Slovakia: In September 2009 banned smoking in restaurants, hospitals, schools, student residences and bus-stops. Lighting up is still permitted in pubs and cafes.

- Turkey: Went smoke-free in July 2009 as the government introduced a ban in bars, cafes and restaurants.