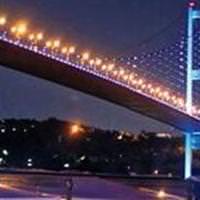 The English press has named Istanbul as the ‘new party capital of Europe’. An article published in The Observer by Andrew Finkel describes Istanbul as ‘buzzing.’

Finkel points out the plans for a beautification in the multimillions to celebrate the 550th anniversary of the Grand Bazaar, and goes on to state; "In fact, the entire city is in the throes of a multibillion-pound makeover, as what was once an outpost on the edge of Europe rebrands itself as a regional magnet."

According to the article, Washington-based think tank the Brookings Institution claims that Istanbul has surpassed Beijing and Shanghai in terms of being 2010's most dynamic city.