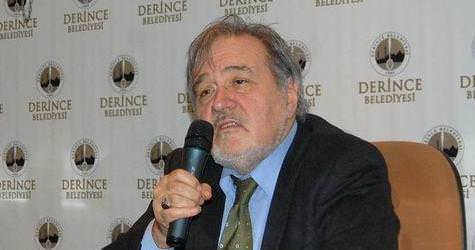 According to Professor Ortaylı, a group of foreigners acted ‘very disrespectful’ by requesting to rent the Topkapı Museum’s Harem section as if it were a hotel.

While the heated debate of whom has ultimate authority between Topkapı Palace Museum Director Yusuf Benli and Museum Chairman Prof. İlber Ortaylı remains warm, it appears now a group of foreigners have requested to rent the Museum's Harem as if it were a hotel. Furthermore, the request was officially relayed somehow to Prof. Ortaylı.
Calling them 'uneducated', Ortaylı responded harshly when the group, which included American nationals, relayed the request to pay out to rent the Palace's Harem.
Responding to a question from SABAH regarding the bizarre request to rent the Harem, Prof. İlber Ortaylı confirmed that the request had indeed been made, and stated; "I acted very disrespectfully towards them. I said, 'You are uneducated people.' Random people doing the most unprecedented things… The Harem is not accessible to anyone it is an unattainable, special place. Such a request for an area that is most vital to this museum cannot even be considered."
THE KREMLIN EXAMPLE
Explaining that not only will the Topkapı Palace Museum never be rented out, Ortaylı also expressed that this is also not possible in any place that has museum status. "How is it even possible that these people came to us with this request? Are accommodations available in the Louvre Museum or the Kremlin Museum for that matter?"
Expressing that such a situation is inacceptable, Ortaylı states; "What the real question is, who is it that is behind these people? It's not just Americans; other foreigners have also made the request. So, who is it that is leading them in this direction," Ortaylı asks.