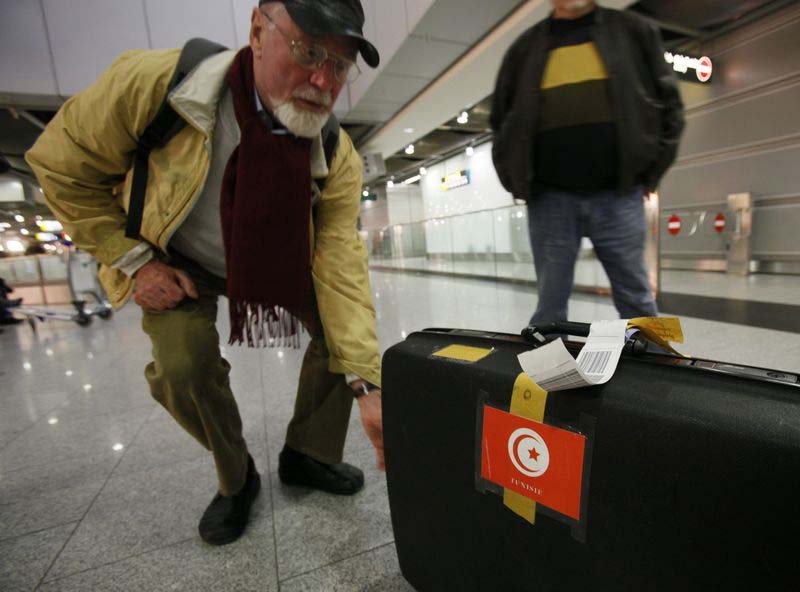 Tunisia was rattled by further unrest early Saturday even after President Zine el-Abidine Ben Ali had fled the country.

Witness said the central train station in the capital Tunis was on fire overnight despite a nationwide curfew. Supermarkets and residential buildings had also been set ablaze or looted and one hospital attacked, reports said.

Hundreds of European holidaymakers fled the country. German tour operators cancelled all flights to Tunisia due to an imposed state of emergency.

Ben Ali left Tunisia on Friday after a month of popular revolt that claimed dozens of lives. He had earlier fired his government and announced early elections. His plane landed in the Saudi Arabian city of Jeddah, local media reported early Saturday. Tunisian Prime Minister Mohamed Ghannouchi, who had taken over as president, described the situation as complete security chaos. He called on residents to join forces to protect their belongings.

Ghannouchi is to serve as interim president until new elections are held. He said he would meet with leaders of Tunisia's political parties Saturday. Two opposition leaders had already indicated their willingness to cooperate with the interim government, he said in a televised interview Friday.

Ben Ali's return to Tunisia was "impossible," he added.

It was not clear whether Ben Ali had been forced to leave or had agreed to leave of his own accord.

His departure was met internationally with calls for Tunisians to form a new government in as peaceful a manner as possible.

Ben Ali, a 74-year-old former interior minister, had been president of the north African country since 1987, replacing self- styled "president for life" Habib Bourguiba when he was deposed in a coup.

His departure was prompted by anti-government demonstrations that were brutally repressed by the police. More than 60 protesters have been killed since mid-December, most shot dead by police firing on crowds with live bullets.