Four out of every ten tourists are neighbors 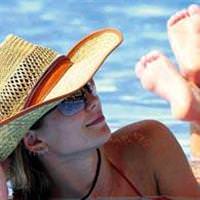 The number of tourists that come to Turkey has risen to 28.6 million. Four out of every ten tourists are from neighboring nations. The no problem politics and the lifting of visa regulations have altered the tourism axis in Turkey’s direction.

The lifting of visa regulations with neighboring countries and the problem-free policy in 2010 has made Turkey smile in terms of tourism.
According to figures from the Ministry of Tourism and Culture and the Department of Police, on the number of entries into the nation by both foreigners and nationals between the months of January to December in 2010, there was a 5.74 percent increase in the number of tourists entering, with the total number at 28.6 million.
While every four out of ten tourists to enter the nation were from neighboring countries, the rate showed a visible increase last year in comparison to years prior. The most significant increase was seen in the number of visitors from Iran. In 2009, 2.4 million tourists came to Turkey from Iran. In 2010, with 2.6 million visitors, Iran took fourth place in terms of countries with the highest number of tourists to come to Iran.
In the distribution of the top ten countries whose nationals visited Turkey, the top five are neighboring countries. Germany, with 4.3 million tourists that came to Turkey in 2010, was the top country to have tourists visit. Russia came in second with 3.1 million tourists and England came in third with 2.6 million tourists, followed by Iran and then Syria, whose number of tourists practically doubled coupled by the lifting of mutual visa regulations.