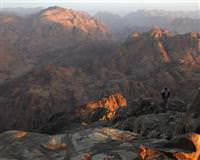 Turmoil on the streets of North Africa could lead to a tourism boost for Spain as tour operators rush to offer alternatives for customers seeking winter sun.

With Tunisia effectively closed to tourists and no package holidays leaving for the Red Sea resorts of Egypt from Germany, thousands of customers have been asked to rethink travel plans, with the major operators waiving rebooking fees.

This week, the German divisions of Thomas Cook and TUI Travel said they were seeing a trend for customers to switch Egypt holidays for ones to Spain or Turkey.

German tour operator Rewe also promoted trips to the Canary Islands, Majorca and Turkey for those who had been hoping for a Red Sea holiday.

This is good news for Spain, where income from tourism fell to 38 billion euros ($52.4 billion) in 2009 from about 42 billion in the previous two years as recession took hold and many British and German customers stayed at home.

At about 10 percent of GDP in 2009, tourism is an important contributor to Spain's economy, hurt badly by the collapse of the solar and construction sectors.

The amount that could be won from Egypt is significant. In 2009, about 12.5 million people holidayed in the Arab country, bringing revenue of $10.8 billion. The greatest number of tourists come from Russia, Britain and Germany.

The rush for holidays offering a similar climate and flight time to Egypt means TUI Germany has laid on an additional 40,000 seats to the Canary Islands, by far the most popular winter sun destination for Germans.

"With many holidaymakers for Egypt choosing to change their booking to the Canaries or Anatalya in Turkey, we hope to avoid bottlenecks," the company said.

Thomas Cook has also announced additional flights to Canary Islands resorts such as Tenerife, Lanzarote and Fuerteventura from German airports.

"It's like any trade. If the product isn't available, demand goes elsewhere," a tourism industry source in Spain told Reuters.

Analysts say the desire of northern Europeans to soak up some sun, no matter where, should also help offset some of the impact on profits of the big operators, especially if they get re-routed to these more expensive destinations.

Peel Hunt analyst Nick Batram said there would be a negative effect on earnings. However, unlike last year's ash cloud, the regional unrest would not stop guests holidaying.

"What will probably happen is people will say, 'we won't go to Egypt, but we do want a holiday'. Turkey is a growing destination with a lot of all-inclusive product, while Spain is also seeing a resurgence this year."

Cheuvreux analyst Jurgen Kolb agrees. "As Spain is probably the most profitable destination for TUI, the political situation (in northern Africa) may not be very negative for TUI."

Kolb said that if Egypt and Tunisia remained closed for the summer, about 11 percent of tourism earnings at TUI AG, the parent of TUI Travel, could be at risk.

TUI Travel on Thursday estimated the hit to second-quarter earnings from Tunisia and Egypt at 25 million pounds ($40.3 million) to 30 million.

It made an operating profit of 447 million for the year to last September 30.

Rival Thomas Cook will update on earnings next Tuesday.

Unlike smaller operators, the bigger players have the reach and financial resources to get stranded passengers home which could be a selling point among wary holidaymakers.

The package holidays they sell offer a go-to representative and potentially more security if things go wrong than a holiday where the customer has booked flights, accommodation and transfers separately.

"If there's an industry experienced at coping, it's the travel industry," said Batram. "The tour operators could come out of this quite well in terms of the way they are seen to look after their customers in extreme circumstances."