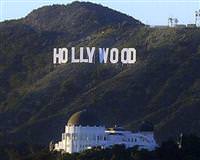 Despite a boom in international travel over the past decade, the United States still attracts fewer visitors than it did in 2000, according to new data from the U.S. Travel Association (USTA).

Figures released by the U.S. Department of Commerce show a ten percent rise in foreign visitors during the first 11 months of 2010 compared with the same period in 2009.

But the USTA, which works to promote the travel industry, said the numbers mean that the U.S. drew fewer overseas visitors than in 2000 for the tenth consecutive year.

"They are putting out the numbers as a positive highlight," Geoff Freeman, the president of USTA, told Reuters. "but it's more important to dig deeper into the numbers and look at trends."

The travel industry values overseas visitors because they spend an average of $4,000 each per trip, compared to $900 for Canadian and Mexican visitors, according to USTA. The numbers are based on the relationship between the total spending of overseas travelers while in the U.S. and the number of overseas arrivals to the U.S.

The USTA said that fewer visitors from abroad, despite an increase in international travel, means that foreign tourists are choosing other countries to visit.

The USTA calculates that the U.S. has lost 79 million visitors in what it calls "the lost decade," with $585 million in lost spending and $37 billion in lost tax revenue.

It calculated the number of lost visitors by using the market share that the United States held in international travel in 2000, before the numbers began to decline.

Freeman said promoting the U.S. to foreign travelers could help to stimulate the economy with the increased spending by travelers and the potential tax revenue.

"If we're serious about jobs and about work, we have to be serious about those visitors who wish to do nothing more than come and spend an average of $4,000. Job creation and attracting international visitors need to go hand in hand," he said.

He suggested improving and streamlining the visa and entry processes and called for more promotion of America abroad. The visa process in some countries means waiting more than 100 days for an interview with an American consular official, he added.

Freeman also said the U.S. could attract more visitors by widening its visa waiver program, which allows the citizens of 36 nations to travel to the U.S. for up to 90 days without obtaining a visa.