Dining on the sly at London's secret supper clubs 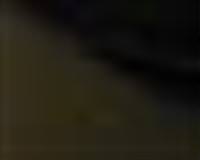 Psst. Keep this sweet but exciting secret to yourself: Clandestine dining venues are popping up in homes all over London.

Secret supper clubs -- word of mouth dining clubs usually in people's homes -- have been springing up all over London in the last two years, providing adventurous foodies with the chance to eat in intimate and very personal settings.

Imagine being welcomed into a stranger's home, taken to the shed at the bottom of their garden and given a hearty and very tasty meal.

Sounds a far-fetched scenario, but that was what was on offer to the lucky few who managed to get on the list for an event at a cozy, one-bed apartment in a cosmopolitan suburb of north London last month.

Nicola Swift, a marketing executive and Andrew Newman who works in social services, run The Shed Likes Food, a club which started in 2009.

They have served over 500 dinners in the wooden shack in their garden, and love the buzz of feeding their foodie fans.

They usually charge 15 pounds ($24.10) a head to cover costs, but their recent Pie Party was a new departure for the couple who both come from Scunthorpe in the north of England.

Guests enjoyed the traditional British dish of pie and mash in return for an edible gift which could be shared with the other guests.

Secret supper clubs have been appearing all over London's more fashionable suburbs for the last two years.

Aliceson Robinson, a doyenne of the scene who runs cultural concierge service Nine Muses Lifestyle, estimates there are around 70 supper clubs operating in London and said the scene in the British capital is the biggest of any major global city.

Alexis Coleman, an environmental and planning lawyer who runs Lex Eat in her apartment not far from London's financial district, said supper clubs give foodies the chance to sit down and chat with like-minded strangers.

"I love cooking and I love to cook for people. I've met great friends at my supper clubs," the native of Australia said.

"You tend to have a lot in common with the people who come, you're interested in food, and it's nice to be in a slightly strange atmosphere in someone else's house where you're not exactly sure what you're supposed to be doing."

She added while the scene is well-developed in London now, the idea has been up and running in places like Cuba and Argentina for decades.

"We like to think that London is at the cutting edge but some people have been doing this for ages."