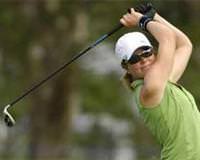 Antalya’s golf courses in the Belek district broke a record in March with over 100,000 games played for the first time ever.

According to an announcement made by the Golf Federation, figures released by the Belek Tourism Center show that Belek has broken a record for the month of March with 100,782 games played.
Last year in March, 88,496 games were played. This year's figures show a ten percentile increase, at 100,782 games played.
Taking into consideration the number of games played, the number of tourists is estimated to be at approximately 25,000. Meanwhile the increase from 33,018 games played in January to the colossal figure for Belek of 100,782 played in March is considered to be a sign that Belek's golf courses should be expecting an active season, which is anticipated to increase throughout the year.
Expectations for this year are for 575,000 games to be played and 120-125,000 golf tourists to visit,
In 2008, the International Association of Golf Tour Operators (IAGTO) selected Belek as 'Europe's Best Golf Destination.'