Brits in Turkey to celebrate the royal wedding 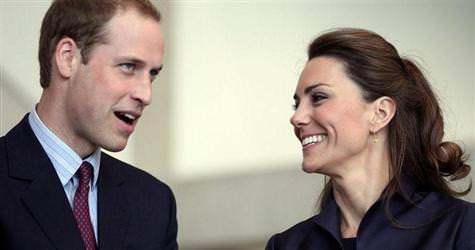 English expats will be celebrating the UK’s Prince William’s April 29th wedding with parties in Turkey.

British residents in Turkey are planning to celebrate the wedding of the United Kingdom's second in line to the throne, Prince William as he marries his fiance Kate Middleton.
A notebook of messages written to Prince William and his soon to be wife, which will be signed by party participants, will also be sent to Buckingham Palace.
According to Cyd Lewis, who has lived in Turkey for almost ten years, the street party which will be held in Didim's Akbük district is not just for Brits and that Turks are also invited to join in the festivities. Mother of two, Cyd Lewis is organizing the event with Mustafa Toker which will start at 15:00 on April 29th.
The street will be adorned with the royal colors, flags and balloons in order to recreate a similar atmosphere to traditional street parties in England. Celebrations will include traditional English games, dances and trivia quizzes amongst other festivities. There will also be an open buffet of English delicacies. Those who want to participate are asked to dress in official attire. The big surprise at the party will be the attendance of two lookalikes of Queen Elizabeth II and Prince Phillip.
STREET PARTY
Having lived in Turkey for five years now, Amanda Özışıkoğlu and her friend Claire Kahraman, who has lived here for 17 years will also be organizing a street fair in Altınkum to celebrate the royal wedding. The café where the party will be held will be decorated by volunteers with flags purchased over the internet, balloons and other royalty-themed decorations.
The party kicks off at noon on April 29th and those present will be able to watch the wedding ceremony live on a giant screen. Explaining that they thought it was a great idea to throw a street party to be able to bring everyone together on such a special day, Amanda Özışıkoğlu stated that she has received a lot of offers to help. "Our party is open to everyone," states Amanda Özışıkoğlu, who also plans to have a notebook where people can write messages to Prince William and Kate Middleton that they will then send to Buckingham Palace.