48 hours in London for the royal wedding 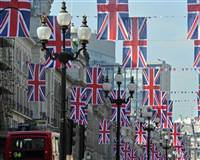 Got 48 hours to explore the British capital where a prince's love will transform an ordinary girl into a princess on April 29th? Reuters correspondents with local knowledge help visitors explore royal London amid the hoopla of Prince William's marriage to his university sweetheart Kate Middleton.

6 p.m. You'd better arrive at least a day ahead of the wedding. Many people will get to London even earlier and will already be staking out a place along the royal procession route. But first why not familiarize yourself with some of the local culture and go for a pint. Thursday night before a national holiday means the pubs will be buzzing.

Ditch the ubiquitous lager dens dotted around the capital in favor of a visit to the "pub of the year" as chosen by Britain's Campaign for Real Ale (CAMRA).

The Harp in Chandos Place lies in the shadow of Nelson's Column in Trafalgar Square, near to Covent Garden shopping, dining, Leicester Square, the theater district and the pubs and clubs of Soho.

8 p.m. Dine with the ruling class at Rules restaurant (www.rules.co.uk) in Covent Garden. It's old, it's grand, the food is traditional English and it's a popular dining spot for the privately educated elite. This gastronomic institution has been reviewed by Kingsley Amis, defended by John Betjeman, immortalized by Graham Greene and frequented by Edward VII and his lover Lillie Langtry.

Top up at the bar with a pre-dinner drink of "Kate Middleton's" -- Tanqueray gin, Pinky vodka, Lillet, crystallised violet & rose petals, with a squeeze of lemon.

Have your own faux stag do or hen party at one of the night clubs favored by the young royals. Cut loose at Whisky Mist (www.whiskymist.com), get your Middleton mojo on at Mahiki (www.mahiki.com) or shake your aristocratic booty at Boujis (www.boujis.com) until the wee hours. Plenty of Sloane Rangers and Hooray Henrys to choose from here. But remember: keen royal watchers are already standing five deep at the barricades.

Get up! Get out! If you want to catch even a glimpse of Wills and Kate (as the tabloids call them) on their big day you'll have to wade through the forming crowds already to find a good perch along the procession route, which runs from Westminster Abbey to Buckingham Palace. (For an official interactive map of the route click on: www.royalparks.gov.uk/royalweddingmap.aspx).

The couple will be whisked by cars to the Abbey before the ceremony, but on the way back they will be in a horse-drawn, open-topped carriage with a mounted cavalry escort in a procession that will include the queen, the prince of Wales and other royals.

Good spots to stand along the route include The Mall, a wide red-colored boulevard that leads up to Buckingham Palace which will be lined by cheering, flag-waving crowds on the day. An added bonus to finding a spot on The Mall close to Buckingham Palace may mean you have a view of the palace balcony where the entire royal family will appear for a wave after the procession is over and where we might see a royal wedding kiss.

(For timings of the royal wedding double click on or paste this url into a browser: here)

7 a.m. If you are on The Mall or along the procession route, you won't be far from Green Park, which means you're only steps away from a decent breakfast. Take turns with your friends to hold your spot and head across the park to get a regally delicious breakfast at the Ritz hotel (www.theritzlondon.com). Booking may be wise. It may cost 28 pounds ($45), but remember it has a royal warrant and Queen Elizabeth did celebrate her 80th birthday here.

You could also try the Fountain restaurant in the nearby Fortnum & Mason (www.fortnumandmason.com) shop. If you leave later than 10 a.m. you could pick up one of Fortnum's famous picnic hampers to bring back to your procession perch for lunch.

10 a.m Hunker down and wait. There will be cars carrying royals and dignitaries whizzing past on their way to the abbey for the 11 a.m. service.

12:15 p.m. William and Kate will leave the abbey as man and wife. Get your camera ready because any moment they will be coming past. Loud cheering from further along the route will signal the approaching royal procession.

1:25 p.m. William, Kate, the queen and the rest of the royal family will appear on the balcony of Buckingham Palace for a fly past from the Royal Air Force, a wave to the crowds and perhaps a royal kiss.

2 p.m. The public part of the wedding could all be over by now or fairly soon. Your feet must be killing you and you're probably parched from all that joyful cheering and flag-waving.

If you haven't had the foresight to pack a lunch, get a picnic hamper or manage to fight your way into a nearby sandwich shop then go directly to The Wolseley (www.thewolseley.com), just up the road from the Ritz, Nobu (www.noburestaurants.com) on Berkeley St. or grab a sandwich in a shop on Piccadilly.

3 p.m. Get the royal look. See those smart uniforms on William and other royals? Chances are they were tailored on nearby Savile Row, the home of bespoke British tailoring for centuries. Drop in to Gieves and Hawkes (www.gievesandhawkes.com/shop), Norton and Sons (www.nortonandsons.co.uk) or Anderson & Sheppard (www.anderson-sheppard.co.uk) to get an idea of what's on offer. Go around the corner to Jermyn Street for shirts.

5 p.m. Go for tea. Claridges (www.claridges.co.uk) was named by the United Kingdom Tea Council as London's top afternoon tea place for 2011 and it's just around the corner. Make sure you book in advance and obey the dress code: Elegant smart casual; no shorts, vests, sportswear, flip flops, ripped jeans or baseball caps.

8 p.m. William, Kate and their guests will be enjoying a sumptuous royal banquet, why not end your day with your own top class dining experience.

There are some 140 restaurants in Britain with Michelin stars, four of which have the highest accolade of three stars. Two of those are in London.

One is Restaurant Gordon Ramsay on Royal Hospital Road (www.gordonramsay.com) in Chelsea, the other is Alain Ducasse at The Dorchester hotel (www.alainducasse-dorchester.com).

Head to the Tower of London (www.hrp.org.uk).

Founded by William the Conqueror after his 1066 invasion of England, the Tower, with its strategic location on the River Thames, has been a royal palace, a place of execution, a prison for traitors and still holds Britain's Crown jewels. Trawl the gift shop for your royal wedding trinkets.

12 p.m. Cross over Tower Bridge, turn left and go for lunch at one of the many restaurants on the South Bank. For top dining try Le Pont de la Tour which overlooks the Thames, or slightly less formal dining at the Chop House and Blueprint Cafe. They are all found at one website (www.lepontdelatour.co.uk/)

1 p.m. Head back toward Tower Bridge and keep walking past it. Here are the Mayor's round and gleaming glass and steel offices. There is a broad walkway beside the Thames that is popular with both locals and tourists.

As you stroll along you'll pass the Clink museum (www.clink.co.uk), Vinopolis (www.vinopolis.co.uk) -- a wine-lovers' emporium of all beverages related to the grape -- a replica of Francis Drake's globe-circumnavigating ship the Golden Hinde (www.goldenhinde.com), and a lovely bankside pub called the Anchor Bankside before arriving at Shakespeare's Globe Theater (www.shakespearesglobe.com).

The thatch-roofed, oak-beamed Globe is a faithful reconstruction of the open-air playhouse designed in 1599 and a unique international resource dedicated to the exploration of Shakespeare's work and the playhouse for which he wrote.

Take in the last few hours at the nearby Tate Modern Museum (www.tate.org/modern/), housed in an imposing converted power station. You can go for a ride on the giant London Eye (www.londoneye.com) Ferris wheel or cross the Millennium footbridge for a visit to Christopher Wren's magnificent St. Paul's Cathedral (www.stpauls.co.uk), where Charles and Diana were married.

Lastly, you can wander a bit further on and cross over Westminster Bridge for a visit to Westminster Abbey (www.westminster-abbey.org), where they should have tidied up after the wedding. Here is also where England's monarchs are crowned and many put to eternal rest alongside the graves of the unknown warrior, Geoffrey Chaucer, Alfred Tennyson, Robert Browning, Charles Dickens, Rudyard Kipling, Thomas Hardy, George Frederic Handel and Laurence Olivier.