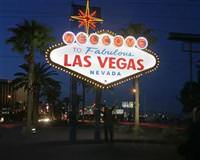 Beaches are hotting up but for real heat without the cooling influence of the sea, head for the desert or a city near one. Online travel advisers Cheapflights offers its top 10 desert city destinations.

Love it or loathe it, Las Vegas is the leviathan of desert destinations. It's a city of mega hotels: Mandalay Bay, New York-New York, The Mirage, Luxor, Bellagio, and Paris -- all waiting to fulfill your fantasies. Shows, world-class shopping, and some of the best restaurants anywhere are here too. It long ago ceased to be a mere magnet for North Americans. Europeans flock here too with British Airways and Virgin Atlantic each offering nonstop London flights to Las Vegas.

It's the anti-Vegas. Remote and resplendent, pilots like to point it out from 35,000 feet. It's Four Corners - where Arizona, New Mexico, Utah and Colorado kiss. Back down to earth the view is more intimate. It's steeped in Navajo culture: arts, handcrafts, and ceremony. It's also home to a great getaway-from-it-all resort called Amangiri. You get there via a winding road descending into a valley. And as you descend, leave the real world behind.

It's the startling contrast of vivid golf greens amidst sandy surroundings that signals Palm Springs. Glitterati and plain folk gather under the same blue sky to explore, kick back, and recharge. Embraced by the ethereal San Jacinto Mountains are galleries, boutique shops, and authentic culture. This extraordinary land is ancestral home of the Agua Caliente Band of Cahuilla Indians. The prime perch to take it all in is from the Palm Springs Aerial Tramway.

Nowhere in North America do the arts, antiquity, and the high desert blend so effortlessly as in Santa Fe. Sited in the foothills of the Rockies, in the Sangre de Cristo Mountains, galleries and museums exhibit traditional and contemporary works

Flagstaff is near the sites that define this slice of desert: the Grand Canyon, Sunset Crater Volcano National Monument, Meteor Crater, Wupatki National Monument. After a day in that desert you're hungry. One place locals love is El Capitan Fresh Mexican Grill. Culinary sorts say it has the best tacos and (maybe more importantly) the best salsa in town. Shopping is a more sedate pursuit. The city's historic district is replete with plenty of boutiques -- and some first-rate booksellers.

Drink in the sights, sounds, and smells of the rugged Sonoran Desert from the gondola of a hot air balloon. Scottsdale has legions of experienced, licensed pilots. Adventure whet the appetite? The city is full of great places to eat. There's even a working olive mill and winery where you can create your own blends. Don't leave the kids at home. There's an award-winning zoo, and a railroad museum.

Desert destinations have one thing in common: outdoor pursuits. Take Tucson. There's hiking, rock climbing, horseback riding, biking and even caving. But if you really want to explore the ultimate out-of-doors visit Kitt Peak National Observatory for some real-life stargazing. It reputedly possesses the greatest collection of telescopes for stellar and solar research on our humble planet. After viewing the heavens, head to Café Poca Casa for imaginative Mexican cuisine, and perhaps the area's primo collection of Tequilas.

Romance in the western reaches of the Sahara? Play it again, Sam. Casablanca Bar conjures up Bogart and Bergman, aided by a pianist who plays songs from the film. More romance? Take the Aïn-Diab coast road that runs between the El Hank lighthouse and Sidi Bou Abderrahmane mausoleum, a small village accessible solely at low tide. Balance the old with the new. In the city, visit the Mâarif district. This is where you'll find emerging Morocco.

More than a commercial crossroads, Dubai is a prime tourist draw. An air bridge from London puts golfers, shoppers, and sunbathers in one of the hottest (literally and figurative) destinations anywhere. December through March is the best time to visit. Revel in the warm waters just off Jumeria, site of the area's best beaches. There are bars, clubs, and restaurants aplenty -- most located in the major hotels. Earthier ambience? Dine on a dhow as it cruises The Creek.

Relatively removed from the tumult, this Red Sea resort is one of be most sublime scuba venues in the world. Coral reefs and almost a thousand species of fish make the Little Mermaid mad with jealousy. Cutting-edge cuisine clusters in the center of the city, in the Naama Bay area. Break from traditional tourist temptations and head for Ras Mohammed, at the south-most tip of the peninsula. It's a national park, preserving this extraordinary area the way it was.