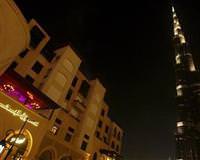 Gulf Arab states least affected by regional turmoil are likely to see a boost in tourism, analysts said on Tuesday, with the United Arab Emirates outperforming other destinations.

"Dubai has benefitted drastically, with high occupancy rates, more tourists, and high retail numbers, because your average Arab who used to go to ... Jordan, Syria or Lebanon, or to Egypt find these countries suffering from unrest," said Mahdi Mattar, chief economist at Abu Dhabi-based CAPM Investment.

"They have adjusted to the next best thing which is Dubai. Also international tourists who used to go to Egypt and wanted to see a better weather are coming to Dubai right now," he said.

UAE Economy Minister Sultan bin Saeed al-Mansouri said earlier this month that he had already seen an uptick in tourism in the first four months of 2011.

"It's a very broad mix of tourists. If we look at the Dubai market for tourism, the number one nationality providing tourists to Dubai is traditionally the United Kingdom, closely followed by Asian, Russian and (Gulf) tourists," said Farouk Soussa, Citi's Middle East chief economist in Dubai.

"If you look at the number of tourist arrivals, the number of people going through Dubai airport, all these indicators are growing at a rate of between 10 to 15 percent," he added.

The UAE, along with Qatar, has avoided the public protests that have swept through the Arab world, and Saudi Arabia and Bahrain in the Gulf. Occupancy rates in Bahrain hotels dropped to 10 percent in March, compared with 60 percent a year earlier, according to a Ernst & Young Middle East survey.