Watch out for road closures! 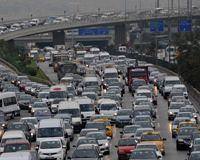 Celebrations for the 558th anniversary of the May 29th Conquest of Istanbul this weekend will be resulting in a number of road closures throughout the metropolis.

According to an announcement made by the Istanbul Police Department, as of tomorrow night at 22:00 and spanning until 02:00 a.m. Sunday morning, and on Sunday starting at 08: am until the ceremony and celebrations held for the day come to a close, a number of roads will be closed to traffic.
The following streets: 10. Yıl Caddesi, Topkapı Varyant to Yedikule Sahil, Zeytinburnu's 10. Yıl direction, Seyitnizam Caddesi, the junction in front of Seyitnizam Mosque, Belgrad Kapı Caddesi, from the junction in front of Balıklı Rum Hospital to Prof. Muammer Aksoy Caddesi and Balıklı Kazlıçeşme will all be subjected to closures.