Conquering the economy with the ‘Trojan Horse’ 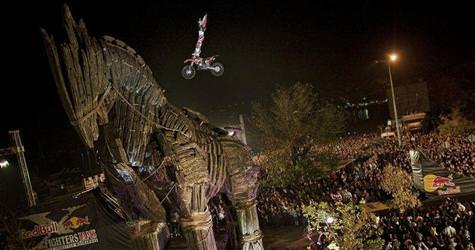 Çanakkale will soon be branching out to tourism using the city’s very unique attributes of both history and geography. Homer’s Trojan legend and a yacht marina will be amongst the city’s riches.

Çanakkale, the host of the Ancient city of Troy, as well as to a civilization spanning 5,000 years, will be conquering the economical world in the manner of legends, and just like as was done with the Trojan horse, their conquest will be conducted from within. Not only will the city soon gain a mega Troy museum, but the region will also be drawing tourists in with the building of a new yacht marina. Resources toppling 55 million dollars have been designated for the yacht marina, which is projected to have a 500 yacht docking capacity. The second stage of the project, which is being undertaken by the Çanakkale Chamber of Commerce and Industry, will be to draw in hotel investments.
In addition, Çanakkale's famous Aynalı Çarşı will be redesigned and transformed into a market that operates 365 days a year, thereby becoming Turkey's first ever 'bazaar shopping center.' Work has already begun on one of Çanakkale's most significant projects, the Troy museum. The project, which is also being supported by UNESCO, is at the top of the list in terms of priority at the Ministry of Culture. It is deemed almost certain that the area will become a location of interest for tourists; however the business world wants to be able to draw that interest to the city center.
CRUISE TOURISM
Chairman of the Çanakkale Chamber of Commerce and Industry Bülend Engin explains that the city has the longest shoreline in Turkey, however is not using this potential, and states that they want to begin to bring in a share of the tourism market, especially from the cruise sector. According to Engin, in order for tourism investments to increase and for Çanakkale to no longer simply watch ships passing by, a port that will accommodate cruise ships is also a necessity.
BUSINESS CENTER TO PROVIDE REGULAR RENT REVENUE
Another possibility to cater to the potential business world, would be the establishing of a 'Business Center' in the city. Bülent Engin states, "We have received authority from the Assembly to build a 'Business Center' which we would then rent out. Firstly, over the next one to two months, we will be obtaining the necessary licensing to begin building. Our objective is to create financial support which will bring in revenue to our Chamber for many years to come."