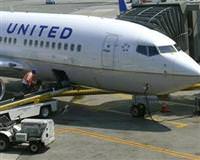 United Airlines worked to resume normal flight operations after resolving a computer outage but flight departures were expected to be delayed throughout the weekend, the company said on Saturday.

Thirty-one flights were canceled and 100 flights delayed after United had a "network connectivity issue" at 7:15 p.m. CDT on Friday, said spokeswoman Mary Clark.

"We're doing our best to accommodate the affected customers as quickly as possible," Clark said. "We are encouraging customers who are traveling today to check in for flights online and print their boarding passes before arriving at the airport."

Problems were expected to last throughout the weekend, Alexandria Marren, senior vice president of system operations control, said in a statement.

United Airlines, a unit of United Continental Holdings, is waiving fees for rescheduling and itinerary changes and also issuing travel waivers for customers affected by the outage.

U.S. Airways Group suffered a systems outage last weekend with early reports indicating the glitch was the result of a power outage at the airline's data center in Phoenix.