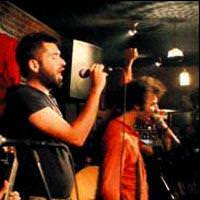 The Rock-A Festival, which is set up by volunteers and was first held in 2007, will have a number of well-known alternative groups such as Bandista, Ece Dorsay and Kesmeşeker as well as rock groups joining from Istanbul, Ankara and Izmir. There will also be a number of workshops held at the festival.
Last Update: Aug 03, 2011 9:17 pm
RELATED TOPICS