Visa regulations with South Africa to soon be lifted 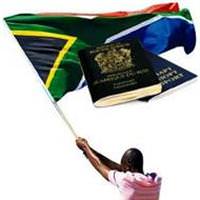 Foreign Affairs Minister Ahmet Davutoğlu has shared the good news that visa regulations will soon be lifted with South Africa.

Davutoğlu states that an agreement has been reached in principle to lift mutual visa regulations with South Africa and that the technical preparations are currently under way with reciprocal orders made to finalize procedures as soon as possible.

THY TO OFFER SEVEN FLIGHTS TO SOUTH AFRICA
Mentioning that Prime Minister Recep Tayyip Erdoğan will also be paying a visit to this country in upcoming months, Davutoğlu states, "In this recent period, we are placing special importance on our relations with South Africa."
Drawing attention to the great potential between the two countries from an economic standpoint, Davutoğlu mentioned that they are currently deliberating on taking a step towards signing a free trade agreement. Davutoğlu also noted that Turkish Airlines will soon be increasing the number of flights to South Africa from five to seven.