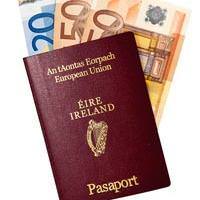 Romania and Bulgaria failed to persuade other European Union governments on Thursday to let them join Europe's passport-free travel zone, with opponents citing concerns about corruption and organised crime in the two Balkan states.

Most EU states say Romania and Bulgaria have now met technical requirements to join the Schengen zone, named after a village in Luxembourg where a pact to scrap internal borders was signed in 1985.

But Finland and the Netherlands, in particular, voiced opposition at a meeting of EU interior ministers to the elimination of borders between the latest EU members and the rest of Europe, which had been scheduled for 2011.

"In addition to committing to rules, one also has to follow them. Existence of extensive corruption jeopardises the following of the rules," Finnish Interior Minister Paivi Rasanen said in a statement.

EU leaders could hold more talks on the issue at a summit in October.

Since joining the EU in 2007, Romania and Bulgaria have failed to convince other EU states of the effectiveness of anti-corruption reforms, particularly in addressing organised crime.

Romania and Bulgaria are on major illegal trade routes to Europe for arms and drugs, and women from the two states fall victim to trafficking and sex slavery more often than most other Europeans. Graft is also pervasive in the two Balkan states, which are the poorest in the EU.

Reluctance among western European states to admit them to the Schengen zone also reflects a growing debate in Europe over limits on unrestricted travel.

Concerns over illegal immigration have led to calls for new rules that would make it easier to reintroduce internal borders, dropped throughout most of the EU over the last two decades.

The worry of some EU politicians is that bringing Romania and Bulgaria into Schengen could expose western Europe to more illegal migrants, who have been spilling into Greece through Turkey. Because of their shared borders, allowing Bulgaria and Romania into Schengen might make it easier for them to gain access to the rest of the EU.

Several EU states, including Poland which holds the EU's rotating presidency until the end of 2011, had pushed for a gradual opening of borders with Romania and Bulgaria. This could mean eliminating passports checks at airports this year and lifting land border controls in 2012.

Polish Interior Minister Jerzy Miller accused Finland and the Netherlands of unnecessarily fomenting mistrust in Europe while the 27-member bloc is struggling with deep financial woes.

"Two member states made it impossible to make a decision on Schengen enlargement today," he told reporters after meeting his counterparts from other EU states.

"Romania and Bulgaria were promised to be admitted into Schengen once they meet technical requirements. This promise was broken," he said. "The ideals of the EU were forgotten."

In a sign of tensions between Romania and the Netherlands, officials have stopped Dutch lorries importing flowers into Romania in recent days, citing concerns over bacteria contamination.