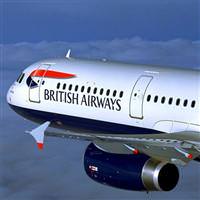 British Airways (BA) said it is still assessing the security risks of flying to Libya's capital Tripoli and will not resume operations before the NATO no-fly zone is lifted.

The British flag-carrier said it plans to begin a review of the security risks of flying to the capital, Tripoli, but has no date to restart flights.

"We will be looking at opportunities to resume our operations when the no-fly zone, which currently bars commercial operations and only allows limited charter flights for specific purposes, is lifted," BA's international risk advisor William Sandover told Reuters.

"The detail of this review will get underway once the security situation on the ground and in the air becomes clearer."

IAG -owned BA suspended its daily flight to Tripoli from London's Heathrow airport in February. In June BA said it hoped to resume its Libyan services at the end of October but this now looks unlikely.

"We have not set a date to resume flights," said Sandover.

Some of BA's competitors are taking a less cautious approach and Libya's interim transport minister said this week that several international carriers have agreed to start flights again.

Turkish Airlines is the only carrier to have restarted flights to Libya since rebel fighters seized Tripoli in August. A Turkish Airlines passenger service landed in Tripoli's Mitiga airport from Istanbul earlier this month.

In March the U.N. Security Council passed a resolution on imposing a no-fly zone in Libya to protect civilians from air assaults by fighters loyal to fallen leader Muammar Gaddafi.
The no-fly zone, extended for another 90 days in late September, stopped all international commercial flights to and from the Libyan capital of Tripoli.

A U.N. Security resolution on Sept. 16 eased some sanctions on Libya but kept the no-fly zone in place, despite calls from Russia and South Africa for it to be lifted.