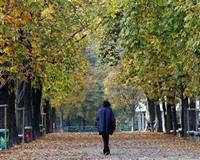 When people think of Milan they immediately conjure up images of catwalks, skinny lattes and pizzas but the true face of Italy's second city is actually very different.

That is not to say Milan is a let-down, instead travelers are often pleasantly surprised by the huge, free-to-enter but little-known castle or the canal district of bars.

7 p.m. - Good value hotels are hard to come by given Milan is often seen as a business city but there are several options around the city's main train station and the area is less sleazy than it was.

The train station, Stazione Centrale, is a destination in itself because of its enormous scale and startling architecture. Influenced by Washington D.C.'s Union Station and the input of Italian dictator Benito Mussolini, the station is up there with the greatest in the world.

From there grab a taxi and head to the pedestrianised part of Via Brera where you can indulge in a Milanese institution -- the aperitivo.

People in Milan are not big drinkers so to tempt customers bars offer free food -- pasta, rice, little paninis etc. All you have to do is order a rather overpriced drink and it is all you can eat. Sitting outside, even in late autumn, also appeals.

9 p.m. - If you are really still hungry after that then walk round the corner down the cobbles to Via Mercato/Corso Garibaldi where there are several dining options.

People in the north of Italy do not eat pizza as much as those in the south and a couple of the restaurants on this stretch offer traditional Milanese cuisine including risotto with saffron or polenta.

If you want a late, late night then walk up Corso Garibaldi to Corso Como, a pedestrianised street full of bars and two nightclubs which is a particular hangout for the expat community. Again, prices can be steep but there is a good vibe.

9 a.m. - Head to a traditional Italian bar, never open in the evenings but instead there for you to grab a coffee and a croissant in the morning. There are no Starbucks in Italy and real Italian coffee houses are markedly different, as is the menu. One shot of espresso is all most Italians need.

From the station, walk down Via Vittor Pisani and Via Turati before reaching Piazza Cavour and head under the arch into Via Manzoni. This is the fashion district and don't expect to see any prices on most of the clothes, you have to ask.

The beautiful Via della Spiga and Via Monte Napoleone are where most of the famous shops are while the huge Emporio Armani is next to Montenapoleone metro station. The actual fashion houses and catwalks are closed to the public and often in a different part of town.

Noon - Head a little further south, if not weighed down by too much shopping, and you hit Piazza della Scala -- the home of one of the world's most famous opera houses.

You might not spot La Scala immediately, it is a rather inconspicuous building with little signage -- but that is part of the charm. Don't think you can just walk in and buy a ticket, performances sell out very quickly and it is best to book weeks in advance via the internet (here) Almost all operas are in the evening.

There are various options for lunch around here, especially in the sidestreets.

2 p.m. - You are now close to Piazza Duomo, Milan's immense main square where there are almost as many pigeons as people. The Cathedral (Duomo) is so different in appearance to any other church that you are bound to be intrigued. There is free entry but keep those shoulders and knees covered. A trip on the roof also offers smoggy views of the city.

The nearby Galleria Emanuele II is a magical covered walkway but don't sit down for food or drink here, it is extortionate. Do walk into the center of the arcade though and perform one of Milan's oldest traditions, turning your heel three times in the private parts of the bull mosaic in the floor for good luck.

4 p.m. - Now for Milan's hidden gem, although not for Italians of course. Walk up the enchanting Via Mercanti and Via Dante and the stunningly different Castello Sforzesco comes into view beyond the cooling fountain if it's a hot day.

It is free to head over the moat into the castle with payment only needed to access the museum. At the back end of the castle lies the charming Parco Sempione which is a good spot for some ice cream, sunbathing or a stroll.

6 p.m. - Take a taxi back to the hotel to freshen up and get ready for a sight you thought you would never see -- canals in Milan.

9 p.m. - Venice is not the only Italian city with watery delights and the Naviglio area of Milan (nearest metro Porta Genova) is teeming with bars and restaurants on both sides of two canals. Once you have dined, go past the towering city gates of the Porta Ticinese and head up Corso di Porta Ticinese until you come across another old city-gate like structure.

Here is the ancient Basilica di San Lorenzo where the young people of Milan congregate late at night, drinking beer from the nearby kiosks.

9 a.m - Depending on if you booked months in advance on the internet (here) as you have to guarantee a place, this would be a good time to visit the Last Supper -- Leonardo da Vinci's masterpiece on the wall of a refectory at a Milan church/monastery. You get 10 minutes, along with about 10 other tourists, to admire the world-famous picture.

11 a.m. - If you do not manage to get Last Supper tickets and the weather is good, a short one-hour train trip to Como is well worth it. The beautifully little town is nestled on the southern bank of Lake Como, where green hills plunge into the water from impossible heights. The ice cream is also good in Como as is the architecture.

4 p.m. - Head back to Milan and as a goodbye to the city, indulge in a stroll down the main shopping street -- Corso Buenos Aires -- where goods are much more affordable than elsewhere. At the end of the street by Porta Venezia there is more good ice cream and the Giardini Pubblici, a refreshing park with a small but interesting national history museum and planetarium (rarely open on weekends).