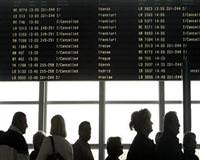 Your last trip this year may just be driving home for Christmas, but 2012 is already shaping up to be a year when travelers will be seeking to maximize their money with gateway destinations, mini-upgrades and combine adventure with altruism. That's why online travel adviser Cheapflights (www.cheapflights.com) has come up with its top five travel trend predictions for 2012.

Though the priority is to get away, cutting costs is still on the top of every traveler's mind. Cheapflights predicts value-for-money escapes will be the top trend in 2012; the industry will see a rise in consumer demand for discounted trips like package vacations, all-inclusives and cruises. Bundling trips into weekend deals and warm-weather getaways gives fliers the excuse to vacation without the guilt of spending big. Cheapflights has seen a lot of top-notch metropolises like Chicago and Boston rank well on our list of lower-than-average airfares. If the goal is a sun drenched escape, consider Fort Lauderdale not only as a destination but as a gateway to Miami and the rest of South Florida. Still high on our list: Puerto Rico. Low-cost airlines JetBlue and Spirit are routing affordable fares to alternative Borinquen Airport on the west side of the island. For a more international experience, we are seeing low average airfares to Toronto or Quebec, good for the cold lovers, and Nassau, Bahamas, or Cancun, Mexico, for the sun seekers. Among our more traditional favorites in Europe, Dublin and Barcelona currently top the ranking for lowest average airfare. Thessaloniki, Greece, comes is with a slightly higher average airfare but most likely offers a better overall value given ground cost tradeoffs.

In its 2011 survey, PetRelocation.com reported that almost 33 percent of pet owners planned to take their pets outside of the United States on an international retreat. This comes just as countries worldwide rewrite travel requirements to lessen the burden and fees for passengers flying with animals. The New Year's more relaxed rules should see a significant increase in the number of individuals and families in particular traveling with their favored furry friends. Some airlines have seen an uptick already, with Virgin reporting a 1500 percent increase in the number of dogs vacationing with their owners since 2003.

When the economic downturn was officially announced in 2009, various types of vacations rooted in giving back emerged. This New Year is set to see the introduction of a new vacation trend: athletic voluntourism. Born out of the popular participation in famous world races such as the New York or London marathons, this trend is growing and spreading into other areas of sport including cycling, hiking, walking and even wheel chair racing for many worthy causes. The calorie-burning, well-intentioned trips have the doubly beneficial effect of raising money while getting fit. (And it's the perfect way to burn off any excess toxins consumed over the holiday season.)

Reality competitions like The Amazing Race and Survivor for years have offered viewers around-the-world trips from the comfort of their own couches. Now other reality shows are stepping up their destination game, creating episodes and entire seasons around a single destination. Top Chef is taking its cuisine - and audience - to Texas this year, while Jersey Shore flew the drama across the Atlantic to Florence, Italy, in summer 2011. Whether it's the cuisine or the fist pumps, reality shows are inspiring TV junkies to consider vacation spots that, if not for their DVR, they may not have considered.

Comfort, perks and new ways to upgrade define the face of flying for 2012. As airlines slice and dice their cabins, there will be inventive ways for passengers to find mini upgrades - think more leg room, more luggage room and more comfort. Cue Cuddle Class, the economy class option where passengers can lay flat and cuddle up on long-haul flights. To foster this new class, certain airlines are installing foldaway armrests to three seats in a row along with a padded foot rest that locks into place. Passengers purchase two tickets and pay half price for the third, then stretch out and cozy up.