Snow reaches one meter in Uludağ 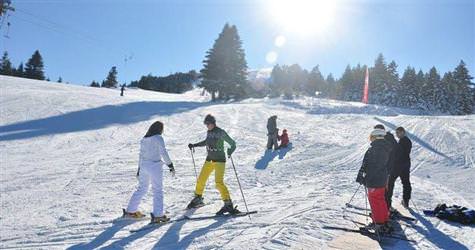 Snowfall in Uludağ, one of the most important spots for skiing and winter tourism, has supposedly now reached a depth of one meter.

According to information obtained from authorities at the Uludağ Meteorology Station, after the heavy snowfall over the weekend, snow depth in the 'hotel region' has reached 100 centimeters.
Temperatures measure minus eight degrees and the skies are clear in Uludağ, and no further snowfall is expected until Friday. With hotels filled to capacity over the holiday weekend, visitors had fun skiing, snowboarding and going out on snow mobiles.