Istanbul runs toward a record 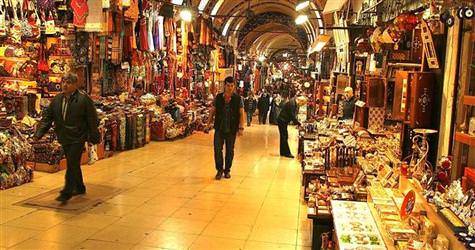 The number of tourists that came to Turkey last year has surpassed eight million.

According to an announcement by the Istanbul Province Department of Culture and Tourism, a 19 percent increase was observed in the number of tourists that came to Istanbul in 2011 compared to last year.
While in 2010, 6,960,980 tourists visited Turkey, last year saw a 16 percent increase with 8,057,879 foreign visitors coming to the metropolis. A closer look into the nationalities of most visiting tourists reveals that Germans take first spot followed by Russians, Americans, Italians and French visitors. On a nation-based inspection of last year's tourism figures, a decrease in visitors from Japan, Spain and Israel was also evident.
Istanbul's Culture and Tourism Director Ahmet Emre Bilgili stated the following in an announcement on the issue:
''Despite the financial crisis in Europe coupled by the political crises that erupted in surrounding nations, Istanbul has had a successful year from a tourism standpoint. To have closed the year at a 16 percent increase, despite all of the negative aspects surrounding us could be considered a serious success. This success belongs to all of those people in the sector who work in harmony and synergy and in accordance to Istanbul's tourism policies. This success is also attributed to the local managements which contribute greatly to the development of the tourism infrastructure. From this aspect, we congratulate the sector's employees and all of the city's administrators. When we look ahead, we see that from a financial and political crisis perspective, it appears that 2012 may be an even more difficult year. It is coming from this perspective that we are in a position of having to protect our current success as well as aim to achieve even more. We can succeed in this by working harder and with planning. Our greatest asset is Istanbul itself, where everything converges and exists perfectly, with the position of our city and our nation continuing to gain significance and the fact the Istanbul is gradually turning into a global and safe destination."