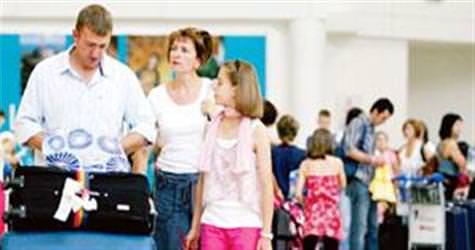 The political crisis in Africa has had positive effects on Mediterranean countries such as Turkey, Spain and Greece.

World Tourism Organization General Secretary Taleb Rifai's assessment of global tourism in 2011: "it was positive, but a difficult year."
General Secretary Rifai evaluated the year 2011, in which 980 million tourists took flight, at the World Tourism Organization's headquarters in Madrid. According to Rifai, with the economic crisis aside, political and social issues such as the Arab Spring and natural disasters such as the tsunami in Japan, have negatively affected certain tourism regions.
Rifai also stated that despite the financial crisis suffered in the Euro zone, the 500 million tourist figure for Europe in 2011, shows a six percent increase and the economic crisis is not expected to exert much pressure on tourism sector prices.
The WTO General Secretary also stated that the political crisis which erupted in Northern African countries has had positive effects on Mediterranean countries such as Turkey, Spain and Greece however; the development visible in these nations should not be solely attributed to this factor.
Rifai states, "The biggest countries in terms of tourism in the Mediterranean are Spain, Portugal, Turkey, Greece and Italy. In 2011, the Middle East lost five million tourists and Northern African saw a drop in approximately two million visitors. If that seven million decide not to go to that region, then of course it means other destinations will benefit."

The nations to have experienced the highest increase in numbers of tourists was China, (38%), Brazil (32%), India (32%) and Russia (21%). Meanwhile a nine percent increase in global tourism revenue was observed in 2011.