A red telephone line for tourists 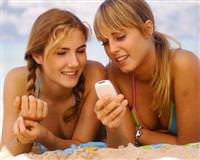 Turkey and Russia will soon be establishing a red telephone line between the nations to be used by both tourists and businessmen.

Dimitriy Davidenko, Chairman of the Russian Tourism Security Committee and the Russian Federal Tourism Agency (Rosturism) Public Council Member announced following a meeting of tourism officials from both nations held in Kemer, that they will be setting up a red line for use by tourists and businessmen between Turkey and Russia.

Explaining that this special telephone line will also be an aid to representatives from both nations' tourism industry, Davidenko states, "Through this line, they will be able to report every sort of error committed by their colleagues in the other country and will be able to make suggestions."

Davidenko also expressed that these sorts of measures will also contribute to the exchange of information between both nations' tourists. "As of today, a red telephone line has already been set up between a tourism company and agency. However, there isn't a joint number as of yet. A special group will be soon begin working on establishing a red phone line between Turkey and Russia. This telephone line will become active by the end of the year and probably even by the summer season."