Turkey's tourism revenue is on the rise 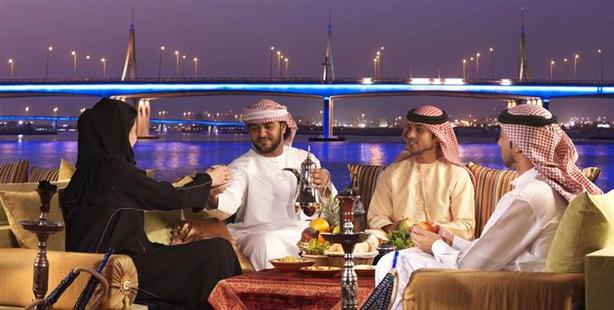 The Turkish Statistical Institute has released Turkey's tourism statistics from the second term of 2012. Accordingly, a total 9,323,460 visitors departed Turkey during the April, May and June months. Out of that figure, 8,412,308 were foreigners, while 911,152 visitors were Turkish citizens who reside abroad. The second quarter revenue figures for the months of April, May and June, showed a 3.8 percent increase year-on-year, totaling out at 5,576,155,275 dollars, with 82.1 percent from foreign visitors and 17.9 percent

PACKAGE TOUR SPENDING ON THE RISE

According to statistics, 4,303,772,880 dollars in revenue was acquired from individual trips, while 1,272,382,395 dollars was brought in by package tours. During the second quarter of 2012, the per capita spending of foreign visitors was 598 dollars on average, while Turkish nationals who live abroad spent 1,095 dollars on average.

Hüseyin Es, Cultural and Promotions Advisor for the Riyadh Embassy in Saudi Arabia states that Turkey is a fast growing market for Saudi tourism and that this year alone, there was a 98 percent increase in the number of visitors to Turkey compared to last year.

The Turkish Riyadh Embassy's Cultural and Promotions Department held a Ramadan meal for representatives from the tourism industry in the Saudi capital. Following the event, Hüseyin Es expressed that Turkey is capable of providing for all of Saudi tourists needs and stated, "There is still a lot of work needed to be done in order to reach the position Turkey deserves in the Saudi Arabian market, which sends out approximately eight million tourists abroad annually." Es explains that one of the efforts made was to translate into Arabic brochures on the sixth district, introducing our nation's cultural and tourism assets, which they will be printing soon.