Brits can’t get enough of 'Meze' 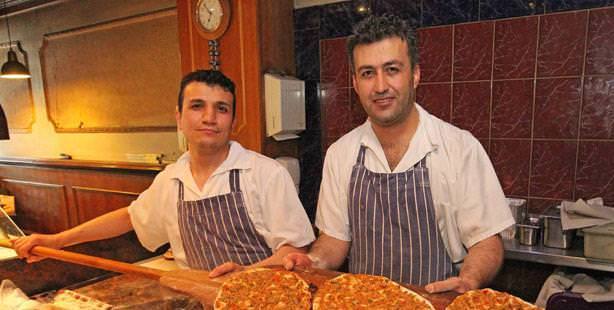 Meze Mangal, a Turkish restaurant opened by two brothers in London, was listed as number seventh amongst London’s best restaurants.

Brothers Şahin and Ahmet Gök who live in the Brutish capital of London, have opened a Turkish restaurant that is now rival to Michelin-star restaurants. According to Trip Advisor, the U.S. based online travel advice company, a survey with 10,000 participants rated the Gök brothers' Meze Mangal as seventh in a list of the top ten best restaurants in London. This means Meze Mangal has successfully placed higher than restaurants such as the five-star hotel the Ritz Carlton and Barrafina known for its fine Spanish dining. Meze Mangal has a 95 percent approval rating on the Trip Advisor website.

The English press has also been talking about Meze Mangal, writing"The Turkish brothers in south London are coming close to receiving a Michelin Star." We had the opportunity to interview and congratulate Şahin Gök, who says that since the survey results were announced by Trip Advisor his phone has not stopped ringing. Forty-three year-old Şahin Gök was born in Kastamonu. "When I came to London at the age of just 16, we were in the position of having to represent Turkey. We opened our restaurant in 2000. We employ approximately ten staff. Every product we use comes from Turkey. We do not sell any alcoholic beverages that are not Turkish. We have a lot of customers that have decided to visit Turkey after eating in our restaurant."

When asked if any of his patrons were famous, Gök responded, "Famous people do come. But, believe me; I don't know who most of them are. The Charlton Athletic team's stadium is close, their footballers come often," says Gök.

A WEEK WAIT FOR A TABLE

Gök explains that on Friday and Saturday nights their 70-person restaurant is filled with reservations made a week prior, and states; "Our kebabs, lahmacun and pides are cooked in an oven located right in the center of our restaurant. The customers love it. If someone isn't drinking, then on average they would spend 35 pounds a meal, in other words they fill their bellies for 100 TL."

'WE USED TO FORCE THEM TO TRY SOMETHING'

ahin Gök explains that with 80 percent of their customers being foreigners who weren't familiar with Turkish food, they used to have customers sample their food. "Now, practically every customer wants to have a coffee after their meal. They also like that my brother Ahmet Gök and I and our other staff all work in harmony with one another."


This is a translation of an article originally written by Selçuk Eren.