An explosive rise in ‘Halal tourism’ 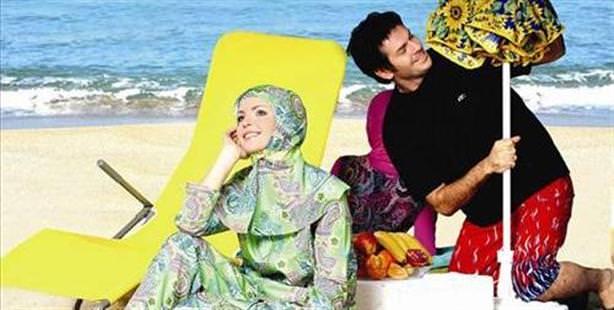 In recent years, an explosive revitalization has been witnessed in the offering of ‘halal tourism’ options, which are geared towards providing for Islamic sensitivities in the holiday and travel sector. A study done on 47 different nations by the United States’ Dinar Standard Institute shows that the ‘halal tourism’ market promises to show the highest growth potential in the sector.

However, according to the latest research, the sector has a lot more potential to offer. A recent survey by the U.S. based Dinar Standard shows that 'halal tourists' stand to be the fastest growing target group in the tourism sector by the year 2020. The institute, which provides growth strategies for emerging Muslim markets, and presents analysis and speculation on growth expectations, has also detailed in its latest analysis halal tourists' basic preferences.

Accordingly, this category of tourists prefer the hotels they stay in to not serve alcohol and to have rooms large enough to pray in or facilities that have separate prayer rooms. According to the study, importance was also placed on accommodation being 'family-oriented' and survey participants stated that when considering a hotel, they also look into whether they provide gym and spa facilities that can be used by men and women separately. Meanwhile, another finding is that halal tourists prefer airlines that do not serve alcohol, do not serve pork and announce the time for prayer.

Another factor of importance pointed out by Dinar Standard's survey is the fact that the halal vacation market no longer solely consists of wealthy Muslims. An increase in demand for family vacation options is on the rise amongst middle-class Muslims. According to experts, the most desirable segment when it comes to the halal tourism sector consists of consumers in the middle-income range.

According to Dinar Standard Institute General Manager Rafiuddin Shikoh, the offering of halal vacations is the largest un-tapped niche market in the tourism sector. The Dinar Standard study looked into the top 47 Muslim nations that offer the highest domestic and international travel options. The study excluded religious-based travel for the Hajj and Umrah. Experts also used the UNWTO annual report for consideration.

According to the findings the trade volume of the halal vacation market which is currently at 126 billion U.S. dollars, will reach 192 billion dollars by the year 2020. According to data, the 12.3 percent halal tourism market share in global tourism will increase to 13.4 percent. While the annual average growth rate for global tourism is at 3.8 percent, predictions put halal tourism at an average of 4.8 percent growth annually.

The nations with the highest "Halal tourist potential" are Saudi Arabia, Iran, The United Arab Emirates, Indonesia and Kuwait.

Tour operators are now seeing new potential customers surfacing from urban groups in nations affected by Arab Spring. These segments, considered to be the middle class, are engaged in a race to raise their social status and have as a result begun designating increasing funds daily for international travel. While European nations tend to be the top destination of choice for this segment, this axis is now being observed to be leaning towards Southeast Asian and other Muslim nations.

According to Dinar Standard's research, Turkey and Malaysia are becoming the most desirable target nations for this segment. The popularity of Turkey, which recently discovered the halal tourism market, has been on the rise in recent years. Meanwhile, Indonesia, which also wants to have a piece of the cake, has opened itself up to the halal tourism market by offering a series of alternative holiday options.

"SPEND RAMADAN ON THE BEACH"

A number of hotels in destinations throughout the world have now begun offering interesting options geared towards halal tourism. For example, this past Ramadan holiday a hotel in Queenland, Australia advertised directly for Muslim tourists, offering the option to spend Ramadan on the Gold Coast. Similarly, Thailand has also begun offering holiday options intending to draw in Muslim tourists.
These efforts must be reaping its fruit, because according to recent surve;s Bangkok's Suvarnabhumi Airport was voted as the world's most "Islam-friendly" airport.

Despite the potential the halal tourism market has to offer, it has been observed that in general hotels throughout the world do not offer services that are appropriate for Muslim's needs. According to Fazal Bahardeen the General Manager of the Singapore-based, holiday companies and hotels are way behind when it comes to fulfilling these needs. They need to discover the true touristic potential offered by Muslims in the market and then develop marketing strategies accordingly, states Bahardeen.